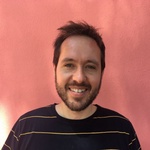 On Music Without Land

At the turn of the twentieth century, one German critic famously dismissed England as “Das Land Ohne Musik.” Many musicologists have since taken issue with the claim, pointing out how Victorian England played host to all manner of musical performances. Yet something about the old insult sticks in the eye. Whereas some nineteenth-century nations, particularly those influenced by Herder’s notions of Volkspoesie, claimed a palpable link between the land and its culture, England and its metropolitan capital seemed to exhibit an alternative model, one relatively unmoored from national territory. In this talk I explore the idea of a music without land, taking the history of the Thames Tunnel as a guiding metaphor.