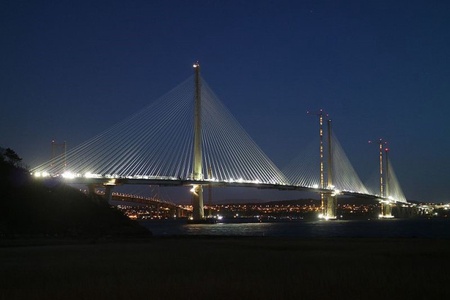 The planning system in Scotland is set for more reform, including once again reform to the process of plan making. In launching its Programme for Government 2017-18 confirmed that a new planning bill will be introduced, “to support the effective and efficient delivery of the development our communities need” through  “…a simpler, more effective system of development plans, to set a clear view of how areas might develop in the future” (PDF, page 33).

Having worked, taught and thought about planning for 30 years, I think this statement, made by Nicola Sturgeon in 2017, could equally refer to many of the reforms proposed over the years to the landmark Town and Country Planning (Scotland) Act 1947 and the later Town and Country Planning (Scotland) Act 1997. And, come on, Nicola, the development plan is no longer the only plan in the town and country planning system. A plethora of plans are now required within and beyond the planning system in Scotland. Most of them were introduced by the SNP administration over the last 10 years. I want to step back in this blog post and ask:

The planning system is, in my opinion, both, insufficiently nimble, and a block on new development, particularly housing development. Previous reforms have only added to the problems. Bob Reid put it very clearly in a recent article in the journal Scottish Planning and Environmental Law:

“The current planning regime in Scotland is unbelievably complex and few but the most devout adherents of bureaucracy would demur from that fact. Far from being facilitating, enabling and sleeves rolled up can do, I am afraid that decades of manning the barriers has turned our plan led system into an almost completely regulatory framework focused entirely on the statutory core of planning”.

But over and above these anticipated reforms relating to plan making in Scotland, I have noted an increasing tendency for the Scottish Government to respond to policy issues by requiring a plan to be created. To illustrate this I will briefly review some of the current Scotland wide plans.

The National Planning Framework (NPF) is now in its third iteration, with a 4th expected in 2020. It provides a strategic overview of Scotland with a focus on the implementation of National Developments to ensure that large scale infrastructure is provided. For example, The Queensferry Crossing, was identified as a National Development in NPF 2 2009. National Developments are determined by the Scottish Government and although they require planning permission from the various planning authorities in which they are located, the principle of the National Development has already been decided. The rest of the NPF is regarded as a material consideration in local planning decisions.

Getting The Best From Our Land: A Land use Strategy 2016-2021, regarded as the rural NPF was a direct requirement of the Climate Change (Scotland) Act 2009.  Now in its second iteration, it is very detailed and can be used to inform local development. Like the NPF, the format is Scotland wide.

Scotland’s National Marine Plan adopted in 2015 is another new national level plan. It covers all marine and coastal development and activities, as well as marine conservation and Marine Protected Areas in Scotland’s territorial waters and extending out to 200nm. This plan was central to the Marine (Scotland) Act 2010 and powers to extend the plan out to 200 nm derive from the devolution settlement and through and the Marine and Coastal Access act 2009, by executive devolution. Decisions made in Scottish waters must have regard to the marine plan, unless material considerations indicate otherwise.

1. Are there too many plans? I like the creation of plans as a way of creating policy. I particularly welcome the plans which take Scotland as a whole. It is the only sensible approach in a small but diverse country. All too often decision making has suffered from being compartmentalised in terms of both sector and geographical location. Scotland requires more connections and holistic approaches in both the approach to development and to conservation; to address really difficult issues such as housing, transport, climate change and economic development. These cross local and legal boundaries and jurisdictions over land and sea. It is very good to see topics such as climate change and rural development being dealt with at national level and the expertise brought to all the national plans is to be commended. But plans require to be implemented and it is important for that to ensure that at the very least the national plans ‘talk’ to each other.

2. Do the plans ‘talk’ to each other? All the plans are required to take into account each other. The jurisdiction of the NPF extends to low water and the national marine plans goes inland as far as high tide. The NPF and the Land Use Strategy are considered complementary. I do not think this is enough. There is still too much ‘silo’ mentality and the only way to consider the country as a whole is to combine the national plans into a super plan for future Scotland.

3. Should existing plans be combined? I say a resounding YES. It would be complicated in the short term to combine the 3 national plans. Different legislation and policy would have to be examined and considered. But this is an opportunity for a real joining up and momentum for action. Disparate government departments and disciplines would have to work together, as well as multiple agencies and NGOs. It would be newsworthy and engage the Scottish public and the wider world.

There are not too many plans in Scotland. The plans that have been created for urban and rural areas the infrastructure, for rural development and for the marine areas have been developed with care and expertise. But they need to do more than nod to each other. They need to do more than even talk to each other. The NPF, the Land Use Strategy and Scotland’s National Marine Plan plans should be amalgamated and combined to create one plan for Scotland. This can be the starting point for all strategic planning for Scotland as a whole.

Planning reform in Scotland should include unified and holistic plans across the urban, rural and seas of Scotland. Such bold and creative action could galvanise the various disparate development and conservation strands and spark creativity and action in a unified and clear purpose: to plan Scotland.