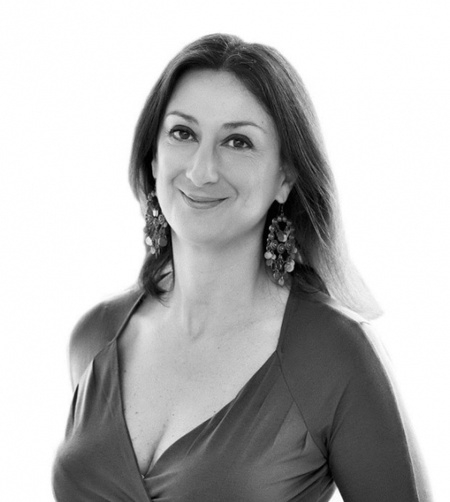 It isn’t my job to preach to you or to teach you right from wrong. But I will, on this occasion, explain why the skills we impart are so important.

Daphne Caruana Galizia was a Maltese journalist. I never met her, but wrote for her on a handful of occasions.  On Monday 16 October 2017, she was assassinated in a horrendous car explosionoutside her home.  Her family explains that she was assassinated “because she stood between the rule of law and those who sought to violate it”.

Daphne – she is that well known in Malta; no need for surnames to identify her – was killed because she exposed corruption. She argued that Malta had become a vassal State of criminal organisations. She showed how the Prime Minister’s closest aides set up secret offshore companies, allegedly to process kickbacks from Azeri and Chinese dictatorships. She showed how a bank – Pilatus Bank – was established in Malta to launder the money of politically exposed persons, and how action against the bank had been suppressed. She revealed that the Leader of the Opposition had also engaged in money laundering; in his case as a legal practitioner acting for a transnational prostitution racket.

More importantly, Daphne saw the signs that the rule of law was being undermined. She observed the perversion of judicial appointments, the emasculation of the police force and prosecutors, and the weakening of financial intelligence services. She died because of what she revealed – not simply because she revealed it, but also because the violation of the rule of law results in organised crime running riot, in organised crime being enabled to commit heinous crimes against freedom of speech.

Do not be complacent. This can happen anywhere.  I too thought that I was growing up in a relatively normal country governed by the rule of law in Malta. Change can be rapid, especially in constitutional systems which rely on trust and trustworthiness for institutional effectiveness.

It’s a grave choice, and one for each of you to make for yourselves. But remember the words of an Italian judge who was murdered by the Mafia: “they can kill one, two of us, but they cannot kill us all”.