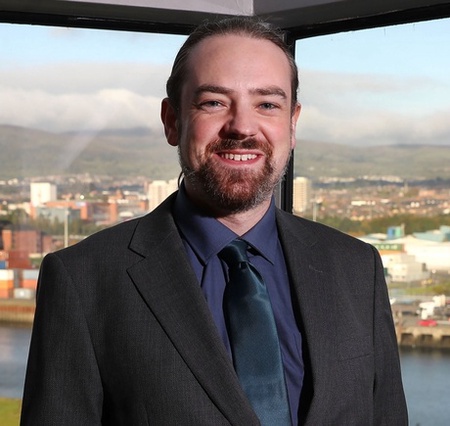 There are only two tragedies in life…

I have talked multiple times in print[1] and in lectures of Ireland’s need to live up to the distinguished legacy of John Tyndall (1820–1893), the Irish scientist who made vital contributions to our understanding of the science behind climate change.

If the latest judgement of the Irish Supreme Court on climate change issues is anything to go by, handed down on 31st of July 2020, Ireland might well be stepping up to the mark at last.[2]

This long-awaited ruling quashes Ireland’s 2017 National Mitigation Plan, see: Friends of the Irish Environment v. The Government of Ireland & Ors [2020] IESC 49 (hereafter “the judgement”).  There are good and bad elements to the ruling, which I will deal with below in turn.

The 2017 National Mitigation Plan set out the Irish Government’s approaches to reducing Irish greenhouse gas emissions.  It was adopted under Ireland’s framework Climate Change Act, the Climate Action and Low Carbon Development Act 2015 (the “2015 Act”).  The Plan’s creation was required by s.4 of the 2015 Act, and amongst other things it needed to “specify the manner in which it is proposed to achieve the national transition objective” (s.4(2)(a)).  The “national transition objective” is defined by s.3(1), requiring  the transition to a “low carbon, climate resilient and environmentally sustainable economy” by 2050 [see judgement, para 4.1].

The Supreme Court noted in its judgement that Friends of the Irish Environment (hereafter “FIE”), the highly respected environmental NGO that brought the case,“draws attention to the fact that the Plan envisages an increase, rather than a decrease, in emissions over the initial period of the Plan” [judgement, para 4.3].

In a country where emissions have been increasing consistently rather than decreasing, including in a fashion that goes against the grain of international and EU law, the Plan set out a programme that was weak as water.  As noted, the Supreme Court has now quashed it.

The highly learned written judgement cannot be accused of concision (the version released by the Supreme Court at the time of writing stands at an overlong 73 pages), but it is excellent in terms of its technical treatment of aspects of climate law – a tricky and complex legal area – and its outcome ruling renders this one of the most impactful climate change rulings in the history of climate litigation to date.   Delivered by Chief Justice Mr Frank Clarke, the ruling was arrived at unanimously by a seven-judge Supreme Court bench.

The Court held that the 2015 Act required the substance of the 2017 Plan to contain sufficient detail, set out with a level of specificity that would allow a reasonable and interested observer to understand how the Irish Government would achieve its 2050 national transition objective.  It had not achieved this, and so it was held that “the Plan should be quashed on the grounds of having failed to comply with its statutory mandate” [judgement, para 6.48; see also para 6.46].

Eyes now swivel away from the Supreme Court of Ireland toward its neighbouring Supreme Court in the UK, to the Heathrow Runway case engaging the Paris Agreement and the UK’s Climate Change and Planning Acts, both of 2008.

Here, on 7 May 2020, permission was granted for appeal to the UK Supreme Court against an important Court of Appeal ruling.  The Court of Appeal held that the UK Government’s failure to take account of UK climate commitments when it granted permission for the building of an additional runway at Heathrow Airport via a governmental planning policy statement rendered that permission unlawful.[8] The decision was considered a substantial victory for climate-oriented public interest law, but it remains to be seen how the UK Supreme Court will rule, and a hearing date is yet to be set.

At any rate, in terms of the Irish Supreme Court’s ruling on the 2017 Mitigation Plan, it should come as good news to all those concerned with the condition and impact of climate law that Ireland can now be mentioned in the same breath as other serious jurisdictions engaging meaningfully with climate problems on legal grounds.

Friends of the Irish Environment has made an important contribution to this process, and should be applauded.

It is not all good news, however. Substantial problems also arise from this ruling.  I will confine myself here to its headline problem: the demolition of an important environmental constitutional right.

FIE was unsuccessful on all of these grounds, in no small part because FIE is a “corporate entity [that] has chosen to bring these proceedings relying, as FIE does, on personal rights which it does not enjoy”: judgement, para 7.22.

Over the course of disposing of these arguments, the Supreme Court decided to undo one of the most exciting developments of the last ten years in environmental law in the British Isles, Barrett J’s 2017 ruling that an environmental right could be interpreted into the Irish Constitution, see: Friends of the Irish Environment v. Fingal County Council [2017] IEHC 695.

This so-called “unenumerated right to an environment consistent with human dignity” had been cemented by the trial judge in this case, who had accepted it, but the Supreme Court promptly set its efforts to rowing it back.

In addressing the “very vague nature of the right identified by Barrett J. in Fingal Co. Council”, Chief Justice Clarke, delivering the unanimous judgement of the court, held that “[i]n my view, the right to an environment consistent with human dignity, or alternatively the right to a healthy environment, as identified in Fingal Co. Council and as accepted by the trial judge for the purposes of argument in this case, is impermissibly vague”  [judgement, para 8.11].

It is stated that this position is arrived at for two reasons:

This is clearly unsatisfactory.  As to the first point, there is nothing in Barrett J’s determination that trenchantly confines such an environmental right to the parameters of the constitutional rights to life and to bodily integrity, nor is there anything self-evident on logical grounds that would appear to render this appropriate.  Significant reasons to the contrary are not provided by the Supreme Court, and, indeed, the Court’s position that “either” of the two points above might be applicable betrays its own underlying ambivalence in relation to point 1.

Again, the Supreme Court’s approach is unsatisfactory.  Here, the Court itself chooses to pass up its opportunity in this actual judgement to flesh out aspects of the environmental right in a useful way for lawyers.  Indeed, the Court uses is opportunity, instead, to row back on that right, not withstanding that this goes against the grain of the thrust of Barrett J’s delineation, the approach of the trial judge in this case, and the essence of points 1 and 2 as established by the Supreme Court itself.

Having laid these tenuous foundations, the Supreme Court then transitions from rowing back on the environmental right to running over it with a steam-roller:

I queried in the opening paragraphs above whether this new ruling indicates that the Irish Government may be moving towards living up to the distinguished legacy of Irish climate scientist John Tyndall.  The outcome has resulted in a hard-won, unprecedented success for FIE, as the Irish Government’s 2017 Mitigation Plan has been quashed.

Given the Supreme Court’s casual demolition of an important environmental right in the process, however, it seems best to give the final word to one of Ireland’s other great sons:

There are only two tragedies in life –

one is not getting what one wants, and the other is getting it