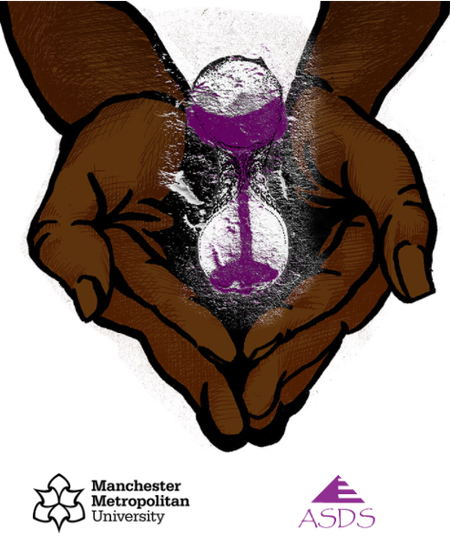 Some highlights from team members attending the DDD15 conference

The 15th international conference on the Social Context of Death, Dying and Disposal (DDD15) was held online from 1st – 4th September 2021, hosted by Manchester Metropolitan University for the Association for the Study of Death and Society. This year’s theme was ‘Diversity and decolonisation’. You can read about the presentations given by the Care In Funerals team here.

For this blog, we have asked the team members who attended to share a brief reflection – perhaps on a conference highlight or something they learned about a topic.

The paper that particularly attracted my attention was Julie Rugg’s Care of the body in funeral services: is it viable to secure informed consent? Rugg had worked with a funeral company in researching attitudes of funeral directors and bereaved people towards how bodies are treated. Her presentation posed many points which reflect my own experiences as a working Funeral Director.

Conversations about bodies can be difficult, and context matters. There are many and varied sensitivities, and these can shift around a time of death. Someone who is willing to openly discuss the workings of the body in one setting might struggle to transfer this to discussions relating to care of the bodies of relatives or friends who have just died. Funeral Directors also need to recognise that ideas of ‘caring’ for a body vary across and within communities, and what is imperative for some may feel unnecessary to others.

Understandably then, as Rugg pointed out, Funeral Directors, might find it hard to have conversations in ways that are appropriate for the needs of their varied customers, especially when, as is often the case, they are strangers to them. There are important questions to be asked about how consent is and should be obtained for procedures associated with the care of dead people’s bodies – including how requirements can be checked and agreement sought in what could be considered caring ways. For example, the implicit trust that many clients place upon the funeral professional to do what is necessary may not cover the carrying out of procedures on the dead body, but is it caring for a ‘squeamish’ (to use one of Rugg’s key words) client to go into every detail of an invasive process such as embalming? And how should Funeral Directors handle situations (of which I have experience) where a client requests treatments of a body which might be detrimental to others’ wishes?

As Rugg identified, the current and forthcoming regulatory regimes for Funeral Directors are likely to require more transparency about treatments of the body. Questions of how this fits into ideas of ‘care’ are likely to be of continuing relevance to the funeral profession.

I came to DDD15 fresh from working with the rich interview material we’ve gathered for the project so far. Which is to say, I was well placed to spot things which echoed stories we’ve been told and ideas we’ve encountered. There were echoes from across the world of the ways in which Covid-19 has disrupted funerals. For example, Apurvakumar Pandya’s descriptions of disrupted religious rites in India – and the ways these disruptions appeared to exacerbate grief - resonated with stories our team has heard while hosting interviews. I know other members of the team had similar experiences: Vikki noted strong similarities between some of our findings and examples cited in a presentation exploring celebrants’ experiences of providing religious funerals through the first lockdown in Melbourne, Australia.

Equally, the conference offered powerful reminders that death also highlights disparities, inequalities, and power relationships. From the evening ‘arts and culture’ programme, I was struck by Ash Hayhurt’s descriptions of how complex it can be to ensure that transgender people have their identity and wishes honoured in death. And the three excellent plenaries, taken together, highlighted the ways in which race, neurodiversity and migration shape people’s deaths and experiences of mourning. I found myself further questioning seemingly self-evident categories such as family, autonomy and dignity.

Ultimately, I was reminded of Douglas Davies’ suggestion that, in order to study death well, we must hold two ideas in tension: the idea that there are significant cultural variations and differences to be discovered; with recognition that there is also a great deal of similarity (see e.g. Davies, Mors Britannica, (OUP: 2015), p.327). DDD15, to me, reinforced the idea that death reveals both what we have in common, and  our differences and disparities.

A panel titled “The New Normal? Marginalised Mortalities and Ordinary Deaths in Extraordinary Times” particularly attracted my attention. The matter of whose death and whose mortality counts is not only of great general interest, but relevant for our Care in Funerals project because of the ethical implications of how deaths are counted, how they are obscured and which voices and communities are listened to.

The panel focused on marginalized deaths as they feature in advanced capitalist societies, and the three presentations addressed death among homeless people, people in prison and black people. All panelists emphasized the role of state narratives where extraordinarily high numbers or rates of deaths among some groups are treated as unexceptional, rendered apparently ordinary and not in need of critical attention. The panel highlighted the interplay between the ordinary and the extraordinary as a mechanism to explain how inequalities are produced and obscured as in the case of marginalized deaths. In this regard, Vickie Cooper and Daniel McCulloch touched on the crucial role of research and methodologies used for measuring mortality rates among homeless people by showing how central these are to the discourse and alerting scholars to the risk of reinforcing violent state narratives by the way they conduct and present research.

The impact of dominant narratives of truth was also illustrated by the other two presentations. Joe Sim considered deaths in custody and showed how prison remains a relentless, trauma-inducing presence in the lives and deaths not only of prisoners but also of their families who often have extremely difficult experiences of, and are denied truth, justice and accountability by the criminal justice system. On similar lines, Lisa White and Patrick Williams critically examined the processes of (re)framing and (mis)interpretation that take place following police violence and the deaths of Black men, which have a re-traumatising effect upon the families of those killed. They concluded by inviting us to consider the urgent need to develop counter-narratives to disrupt the predominance of state narratives in order to support family campaigns for justice. Their call to give voice to the marginal is something we are seeking to pursue within the objectives of our Care in Funeral project.

A longer version of this reflection is available here.

Of the many highlights of DDD15, the one that has left me thinking the most, was a panel on ‘Grievability and bare life’ that took place on the morning of the last day of the conference. ‘Grievability’ refers to the idea that some lives are deemed worth mourning when they are lost, while other lives are not. A ‘bare life’ is experienced when people are denied a ‘political, social, human’ existence: they are reduced to a bare life.

All the papers on that panel were wonderfully rich and intensely thought-provoking, but the paper that has stayed with me the most, because of its relevance to the Care in funerals project, was Tammy Kohn’s talk. I will not do justice to the richness of the paper here, but this is what Tammy has left me thinking about: The restrictions on attending funerals were seen publicly as an act of possible injustice but the technology that now allows virtual attendance at funerals were lauded as solutions that enable people to be ‘present’ even when not physically there. Tammy gave several examples that suggest ‘presence’ is not a simple, straightforward and uniform phenomenon. Although there is a temptation to think of someone as either present, or not, and if present either physically or perhaps, nowadays, virtually, Tammy invited us to think about ‘presence’ as a relational phenomenon: a matter of the multitude of diverse relations – political, social, personal, technological - that allow, facilitate, demand, or preclude one’s presence.

Tammy made a compelling point: that offering presence, in particular presence during a time of crisis, of distress, of pain for the other, is an ethical responsibility. Our presence is shaped by who we are in relation to the other on particular occasions, and we should offer it to insist on griveability, to object, as forcefully as possible, to the reduction of anyone to bare life.

I was particularly keen to learn more about funeral poverty and was pleased that it featured implicitly, as well as explicitly, in several of the presentations and discussions I attended. I highlight just two here.

Ruth Bickerton presented a mixed-methods evaluation of a charity established to help tackle funeral poverty in Dundee. Ruth illustrated some of the diverse circumstances and varied entitlements of people experiencing funeral poverty in the city and demonstrated the significant scope for structured charitable intervention to make a positive difference by providing support and advice to bereaved families. Importantly, though, she also noted that case-based support for bereaved people is insufficient to address the complex underlying causes of funeral poverty within and beyond ‘the industry’.

Berenice Golding and Laura Pusey, in contrast, sought primarily to share lived experiences of bereavement during the pandemic from the perspectives of the Black community (especially people of African-Caribbean heritage) in the UK. A strong sense of community came through their rich presentation, including in mentions of people ‘helping out’ by providing food and drink for the customary hospitality of Nine Night celebrations, but also financially, where need was identified, with formal funeral costs. This latter was often discreetly done, and Laura noted in the discussion that opinion was divided about the appropriateness of the use of crowdfunding websites for funeral provision. (I didn’t get to a DDD15 presentation specifically about crowdfunding funerals).

Especially when taken together with some of the experiences we are hearing about in our interviews, these presentations encourage careful consideration of how different understandings of community and collective responsibility contribute to, and might play a role in addressing, the complex problem of funeral poverty. It’s certainly an issue that we hope to examine further, including in our Ethics casebook.