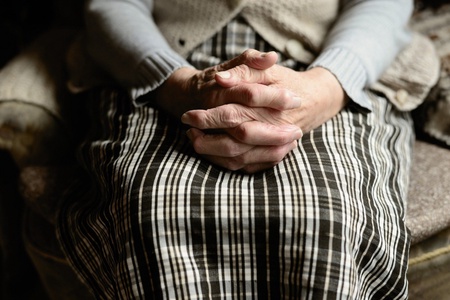 One of the many highlights of the DDD15 conference, the one that has left me thinking the most, was a panel on ‘Grievability and bare life’ that took place on the morning of the last day of the conference. ‘Grievability’ is a notion most closely associated with the work of the American philosopher Judith Butler. It invites us to think about how some lives are deemed worth mourning when they are lost, while other lives are not. A clear, if perhaps at this moment somewhat insensitive example, would be the contrast between the victims of 9/11, whose names are all carefully remembered publicly, and the civilians who have died in the ensuing ‘War on Terror’, say in Afghanistan, whose loss is reduced to numbers, estimated numbers even, and the status of collateral damage. ‘Bare life’, meanwhile, is a notion central to the work of the Italian philosopher Giorgio Agamben. It draws on a classical Greek distinction between ‘political’ or ‘social’ or even ‘human life’ on one hand and ‘bare life’ on the other. Agamben draws our attention to how at certain times, under certain conditions, some lives are denied a ‘political, social, human’ existence and are reduced to a bare life. He invites us to think about how this happens in particular through acts of State power during times of ‘emergency’, ‘a state of exception’, the suspension of the laws that normally hold, the rights that people are ordinarily afforded. In this view, the sovereign power, the power of the state, rests most fundamentally in the power to declare a state of exception.

All the papers on that panel were wonderfully rich, ethnographically and historically, in addition to being intensely thought-provoking. However, the paper that has stayed with me the most, in part because of its relevance to the Care in funerals project, in part maybe also because I have known but not seen the author for many years, was Tammy Kohn’s talk. I will not do justice to the richness of the paper here, possibly not do justice to the paper at all. And I want to stress that what follows is very much my reflections rather than necessarily an accurate account of Tammy’s talk. This is then what Tammy has left me thinking about:

The restrictions on attending funerals were seen publicly, in Australia where Tammy works and lives, and indeed elsewhere, as an act of possible injustice. However, the technologies that now allow virtual attendance at funerals have been lauded as solutions that enable people to be ‘present’ even when not physically there. The temptation and the danger here, Tammy said, was in us all assuming ‘presence’ as a simple, straightforward and uniform phenomenon. Here Tammy drew on two examples. One relates to an inmate in a U.S. prison that Tammy has been corresponding with for a number of years. This is someone who has been precluded from being ‘present’, long before the pandemic hit, at various hugely important events in his family because of a decision by and the power of the State. The other example was of a funeral for a ‘dear friend’ of Tammy’s that took place in the North East of England, a funeral that Tammy attended virtually. Tammy spoke of her experience of ‘attending’ in this way a funeral half a world away while telling us of the teenager in view of the camera, who clearly spent most of their time in contact with others not at the funeral but online on their social media. The two examples invited us to think about, to ask questions of what might be meant by ‘presence’. The temptation, Tammy implied, is to assume presence as a quality of the individual: one is either present, or not, and if present, either physically or perhaps, nowadays, virtually. Instead, Tammy invited us to think about ‘presence’ as a relational phenomenon: a matter of the multitude of diverse relations – political, social, personal, technological – that allow, facilitate, demand, or preclude one’s presence.

Assuming ‘presence’ to be a quality of the individual, and here I am departing somewhat from Tammy’s talk, chimes with a social imaginary that assumes the social world to be made up of individuals that interact with each other. This way of imagining society, it has often been suggested, has significant ideological power in what I might very hesitantly and vaguely call ‘Western’ societies. Such a view suggests that our reasons for interacting with each other reside within ourselves as individuals – they are a matter of biology, of psychology, or perhaps human nature more generally – and that we as individuals are, if you forgive the vagueness of the wording, each simply who we are. It invites us, then, to locate the differences between us that result in variations of ‘grievability’, and allow some existences to be more easily reduced to ‘bare life’ than others, within the individuals themselves. This ideology, in other words, makes it harder for us to see and name those differences as inequalities. Differences – if you allow me to draw in rather a melodramatic fashion a distinction whose nuances I would spell out in more detail in a longer piece – are revealed through comparisons between entities that are otherwise assumed to be the same; inequalities are always only ever produced through relations.

This ideology I have spoken of, makes it difficult to conceptualise clearly, why people are often so profoundly touched, sometimes fundamentally transformed, by the death of another. If we are but individuals who interact with each other, and interact for reasons located within ourselves, then why would their deaths at times have such effect on us? Here another way of imagining the social world might be more helpful, one that sees the social world as made up not of individuals but of persons who mutually constitute each other. I take this way of putting it from one of Tim Ingold’s books, one that has accompanied me for many years. Something like this, although of course there are huge differences, is the social imaginary that prevails in some, many even, non-western societies. It is, furthermore, an idea of the human, I have recently come to learn, that the Orthodox theologian John D. Zizioulas locates in patristic thought. In the theology of the church fathers, according to Zizioulas, the person becomes an ‘ontological entity that is simultaneously unique and constituted by relation. The relation constitutive of personhood was, in turn, determined to be rooted in love, specifically, divine love’ (Scarsella 2018:264). Zizioulas (as cited by Scarsella above) adds that:

Outside the communion of [divine] love the person loses its uniqueness and becomes a being like other beings, a ‘thing’ without absolute ‘identity’ and ‘name,’ without a face. Death for a person means ceasing to love and to be loved, ceasing to be unique and unrepeatable whereas life for the person means the survival of the uniqueness of its hypostasis which is affirmed and maintained by love.

Outside the communion of divine love, the person loses its uniqueness and becomes a thing, ungrievable, a bare life if a life at all.

Speaking as someone who never had much – and has long since lost any ‘faith’ I might have had – it seems clear that any reference to the ‘divine’ can be removed here without necessarily reducing the power of the vision Zizioulas articulates. It is certainly a vision that helps us appreciate the undoing that the death of the other can be for us: they, as we, are persons in relation with us. It is a vision that simultaneously insists that variations in grievability, in the potential to be reduced to bare life, are a matter of the relations we are all a constitutive, and constituted, part of, and not a quality of the individuals in question. Relations of inequality are not simply structural, and as such separate from us as persons: they are fundamentally part of the relations that make us each who we are, unique and related. They are, in other words, part of us. I am white, male, heterosexual, middle-aged, and with all that privileged, through the very relations that make me who I am, and through exactly the same set of relations that make other persons any variation on the above, and with that, almost always inevitably at present, less privileged than I am.

This vision helps make clear why the last point that Tammy made, evoking the philosopher Emmanuel Levinas in the process, was so compelling: offering presence, being present, in particular during a time of crisis, of distress, of pain for the other, is an ethical responsibility. That is a presence we can and have a duty to offer in our relation to others. It is a relational presence, a presence shaped by who we are in relation to the other on each occasion. If being present for another means anything, then it surely means being, or offering to be, in a relationship of love with the other. Judith Butler speaks powerfully of our vulnerability in face of our relational being. It is a vulnerability we share as relational beings, but a vulnerability that is, of course, very differently and unequally distributed. But it is a vulnerability made powerfully evident in death, a vulnerability felt profoundly in grief, a vulnerability dramatized during a global pandemic. And it is a vulnerability that imposes on us an ethical duty, in particular on those of us whose current place in the web of relations makes us less vulnerable than most: a duty to insist on the grievability of all, to object to, as forcefully as possible, the reduction of anyone to bare life. It is a duty then to seek to remember the names of the victims of the War on Terror; to seek to know the names, the faces of those who now attempt to cross the English Channel, to accept rather than refuse their offer of becoming the persons we become in our relation with them. It is a duty that is kin to the ethical concern we enact at funerals, expressing, revealing in our attendance, our presence the place the deceased and others who mourn, often more acutely than oneself, have in the constitution of making us who we are becoming.

To return to the Care in Funerals webpages, please click here