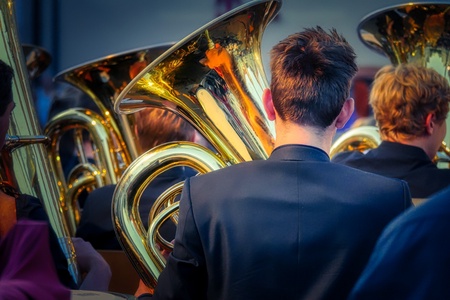 Abi Pattenden reflects on the advantages of discussing funeral plans with loved ones in advance – and suggests all is not lost even when they cannot be fulfilled to the letter.

The extent to which people plan their own funeral in advance varies widely. Some people leave very detailed plans for how they would like their funeral to proceed, while others make none. In a survey of people who had arranged a funeral in the past five years[1] , ‘following the wishes of the person who had died’ was ranked the second most important factor after ‘making the funeral personal’. However, only 10% of those people had had a written funeral plan to follow in this respect, with half knowing either ‘some, but not much’ or ‘none’ of the wishes of the person who had died.

It is not always a lack of willingness to participate in discussions about wishes which leads to conversations not taking place. For example, some religious denominations will have specific requirements around funeral rites and a practising adherent will therefore expect these to be carried out as a matter of course. It is where the rules around what is expected to occur during a funeral are less clear, or not fixed at all, that expressing wishes can be helpful for those who will subsequently arrange it.

However, in some cases, the absence of plans relates to the fact that many people find discussing funeral wishes- either their own or someone else’s- difficult. The reasons for this vary. A person whose community and/or cultural background provide a lot of options in terms of a funeral, and who has never been especially communicative about their own preferences in life may feel similarly inclined when it comes to dying. For those who are expecting to have to arrange the funeral of a loved one, the idea of a future without them might be too difficult to contemplate and therefore discuss. People, especially those who are discussing pre-payment of their own funeral, have often reported to me that their adult children find that idea very hard to discuss. There might not be anyone suitable to have the conversation with. When a death seems imminent (perhaps after a diagnosis has been received) the ability to discuss matters on a purely theoretical footing has passed by and so these conversations can feel too raw or inappropriate. And, of course, people die unexpectedly- unsurprising that (especially) younger people in these circumstances may never have had in-depth conversations on the topic. Equally, broaching any topic that might be seen as ‘difficult’ leads to fears of causing upset or offence. Conversations about funeral planning have the exacerbating factors that talk about death is often felt to be morbid or inappropriate, and that some people are superstitious about it.

As with many other scenarios, the pandemic made this more complicated. The implicit promise in the encouragement to discuss someone’s funeral wishes is that they will then be able to be carried out, and for many people this was not the case during the pandemic. Certainly, many people who had expressed a wish to have a service in a place of worship or a big reception in their local pub would not have had these wishes fulfilled at many points during the past eighteen months. This may well have put the funeral arranger in a difficult position. The arranger of that funeral may well have felt guilt at not being able to fulfil the requests of the person who had died, which wouldn’t have happened had those plans not been known. They may even have felt resentful at having had a conversation that was reluctant or awkward for what turned out to be no reason. Certainly there is an argument that, for this group of people, ignorance might have been bliss- without a prior expression of wishes existing, they might never have known that the funeral they arranged was not in line with what was wanted.

On the other hand, many people are pragmatic enough to recognise that any wishes that might have been expressed were done so with an assumption of the death taking place in a ‘normal’ world. The recent situation, in which some types of funeral had to be severely restricted, may also have given some people who had to arrange smaller funerals the impetus to have a larger event after pandemic restrictions have passed, or to commemorate the life of someone who has died in another fitting way which aligns with the unfulfilled hopes they had had for the funeral itself. Equally, if positive benefits were derived in planning the funeral by the person who subsequently died these, in my opinion, have not been negated by a lack of fulfilling them for that person- although those left behind to arrange the funeral may feel differently.

A focus on specifics is one thing (and, I’d always argue, better than nothing) but exploring the aims of a particular requirement is richer and potentially gives more scope. It should be remembered that those surveyed about arranging funerals felt following the wishes of the person who had died was important- but even more important was their wish to make the funeral ‘personal’- fitting and appropriate to the person who had died. With some creative thinking, achieving this should be possible even for the smallest ceremony. Of course, if the expressed wishes related to the necessities of a belief system or cultural requirements, it is going to be very difficult for those arranging the funeral if they can’t be fulfilled. Other requests may be easier to achieve in spirit if not in practice, if the reasons behind the request are understood.

For example, if a person expresses a wish to have a brass band play at their funeral, that is either something which happens or not- and, if not, the arranger may feel guilty that logistics (such as a pandemic!) prevent it from taking place. If, however, they are asked why they want a brass band, they might explain that this is the most evocative way in which they remember their childhood, where such a band was the centre of their community. There is more than one way to achieve the aim of sharing this memory- for example, a visual presentation of photos from their childhood, interspersed with images of scenery from the area, could be shown while a pre-recorded brass band plays. It might be that, having talked about the memory in more detail, they start to remember specific songs, one of which could be played during proceedings (whether by a brass band or as a pre-recorded track). Thus having the conversation means both the aim to personalise the funeral, and to follow the wishes of the person who has died, are able to be fulfilled.

I have spent my funeral directing career trying to encourage people to plan for their funerals. No-one who has ever had a conversation about funeral wishes has ever told me that they regret it, or the knowledge they obtained from it. I also know that people derive peace of mind from knowing that plans are in place.

Many people have asked me whether I think the pandemic will increase people’s willingness to discuss death and funerals. Certainly I hope so. However, I also hope that it will change the nature of any such conversations and that people will be willing to have discussions in detail, and thinking about the motivations behind requests, which make contingencies easier- which is when the most positive outcomes are gained.

To return to the Care In Funerals project page, click here.