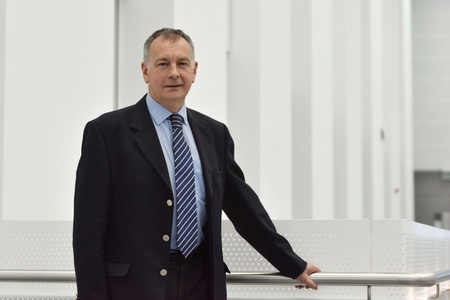 Professor John Underhill, Director of the University of Aberdeen's Centre of Energy Transition, has welcomed the publication of a new energy strategy for the UK.

Professor Underhill commented: “Arguably it is the first time for decades that there has been a deep appreciation of where and from whom we get energy from, the role oil and gas plays in the UK energy mix, and how we move towards a low carbon energy future compatible with a reduction in greenhouse gas emissions and our net zero targets.

“The strategy recognises the inherent complexity of our energy supplies and shows an appreciation of what contributes to our current energy system, as well as identifying the low carbon technologies needed in the future.

“It presents a holistic approach governed by the need for secure, affordable, ethical, environmentally sustainable, and low carbon energy supplies.

“At the same time, it also recognises the role oil and gas currently plays, and the need to wean ourselves off that dependency by deploying renewable and decarbonising technologies like carbon storage at scale and at pace.

“We currently rely on oil and gas to fulfil 75 per cent of our total energy needs – including around 40 per cent for electricity – so while it is important that we move away from fossil fuel sources, it needs to be managed in such a way that it does not risk fuel poverty, a major impact on industry, or at worst, lead to the lights going off.

“The new strategy will go a long way to reassuring communities in Aberdeen and the north-east that there is a renewed commitment to jobs associated with the oil and gas industry and to developing new ones linked to the growth of renewable technologies to ensure a just transition, as set out a year ago in the North Sea Transition Deal.

“Although the strategy includes a commitment to a new North Sea licensing round in the autumn, it is worth emphasising that any gas and oil production that follows from an exploration licensing round is years away and so, is not a short-term solution for the UK’s gas supplies.

“Whilst the strategy paints a long-term picture, in the short term there may be a need to develop existing gas discoveries in the North Sea and West Shetlands and re-purposing depleted gas fields in the Southern North Sea as new sites for gas storage.

“These options also carry a lower carbon footprint than imports, are proven technologies, have lower environmental impact and are cheaper allow existing infrastructure to be used.”