What is the situation of seasonal migrant workers in Scottish Agriculture?
30 November 2021 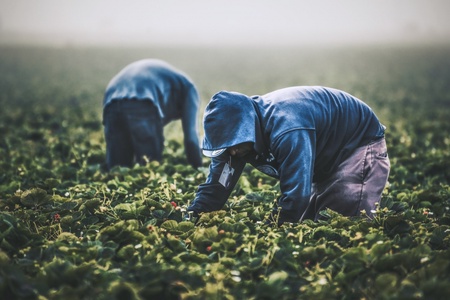 Report on Provision of Farm Workers in Scottish Agriculture submitted to the Scottish Government well received by Advisory Group.

Very pleased to have received such positive feedback from the advisory group on the report that I submitted." Dr. Katrin Prager, Senior Lecturer, Geography Department University of Aberdeen

Dr. Katrin Prager reported to the Research Advisory Group of the Scottish Government project on the Provision of Farm Workers in Scottish Agriculture. The Rapid Evidence Review on the situation of seasonal migrant workers that Dr. Prager had compiled was valued highly by the Advisory Group. Members of this group include experts from different government divisions, National Farmers Union Scotland and Fife Migrant Forum, whose feedback will inform the survey of farm businesses as employers, and the survey of migrant workers. The project comes as a timely follow up to the FLEX report on the risks of human trafficking on the UK Seasonal Workers Pilot scheme.