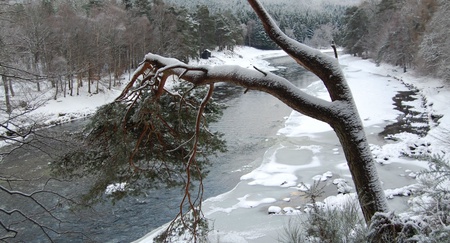 Internationally leading hydrologists have called for action to save experimental monitoring sites that are crucial to understanding the effects of climate change in freshwater environments.

Professors Chris Soulsby and Doerthe Tetzlaff, from the School of Geosciences, made the call in a letter they co-authored with fellow scientists that has been published in Nature Geoscience.

Thanks to the remaining stations in the upper reaches of the northern hemisphere, researchers have been able to make observations of the record high temperatures and the effects on surface waters.

However, scientists have said that their ability to gather this evidence is being put at risk.

Professor Soulsby said: "Despite the fact that we see increasingly rapid changes in the hydrological cycle in the north, a large number of measurement stations are currently being closed down.

“When measurements stop, continuity in data time-series is lost forever, and we lose the opportunity to observe and discover environmental changes in real time.

“The fact that many experimental sites have been closed means that society lacks scientific evidence-base when climate policy decisions are to be taken.  Fortunately, there are still some key sites left, but it requires that the funding of these is a priority."