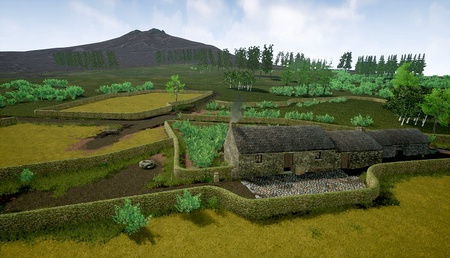 The hill of Bennachie has a folklore of giants, magical springs and the devil who built a causeway in one night, while its archaeology includes prehistoric hut circles and the hill fort at Mither Tap.

But a new digital app reveals how the history of the crofters who lived at the Bennachie Colony is just as intriguing.

Dr Jo Vergunst, Department of Anthropology " Working with the community has made this a showcase in Scottish heritage research and it underlines the significance of the wider Bennachie landscape

Funding for the app was provided by the Heritage Lottery Fund’s ‘Stories, Stones and Bones’ programme as part of the 2017 Year of History, Heritage and Archaeology, and by the Bailies of Bennachie. The University of Aberdeen’s research at Bennachie has been funded through grants from the Arts and Humanities Research Council’s Connected Communities programme.