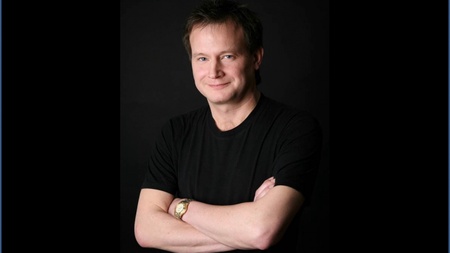 The School of Psychology present the annual Anderson Lecture for 2015. The Lecture, delivered by Professor Bruce Hood, University of Bristol, will argue that we have become self-domesticated, uncovering the illusion of self and how this is formed over our lifetimes.

In many ways, humans have become a self-domesticating species selecting characteristics that are best suited for cooperation, co-existence and coordination.

Part of that process is the development of a sense of identity or self. The sense of self is so compelling that we rarely question exactly what it is. When we talk about our self, we usually refer to an autobiographical memory of identity. Or we may be asked to give insight into our immediate consciousness such as, “Tell me what you think?” In both cases, we experience a unity of identity but I would argue that is an illusion that our brains generate to maintain a coherent narrative that summarizes the multitude of influences, factors and past experiences that generate our thoughts and behaviours.

PLEASE NOTE: THIS EVENT IS FREE BUT BOOKING IS REQUIRED.  PLEASE BOOK YOUR PLACE HERE.

Bruce Hood is Professor of Developmental Psychology in Society at the University of Bristol where he has worked for the past 16 years. He obtained his Ph.D. from Cambridge and worked at MIT and Harvard before returning to the UK. He is the Director of the Bristol Cognitive Development Centre that researches early child development and has published three popular science books on the development of mind. In 2011, he presented the Royal Institution Christmas Lectures, “Meet Your Brain.” He is the founder of speakezee.org.

The Anderson lecture is an annual public event organised by the School of Psychology, University of Aberdeen. The lecture is held in honour of the Anderson Chair in Psychology, which is the oldest such chair in the United Kingdom. The chair was founded in 1896 at the bequest from Reverend William Anderson and funded by the money left in his will. Originally called the Anderson Lectureship in Comparative Psychology, it appointed a distinguished scholar to teach a course on relations between thought and language. George Frederick Stout held the first Anderson lectureship, followed by James Lewis McIntyre whose tenure saw the creation of the Psychology Department. The Anderson Lectureship was elevated to the Anderson Chair in Psychology in 1946. An illustrious line of highly distinguished professors has held the post since, with the current chair being Professor Neil Macrae.

This event is part of British Science Week. Each March the British Science Association Aberdeen Branch brings you dozens of events to celebrate the UK's only national festival of science.

The programme has events for people of all ages and interests including talks and activity days. There is a programme of events taking place from the 13th to the 22nd of March around Aberdeen.

Admission is free but please book in advance. Please direct all other enquiries to Rhona Moore: r.moore@abdn.ac.uk