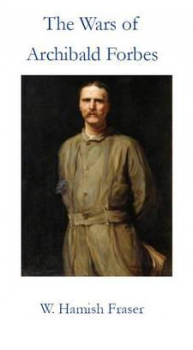 An examination of the life of Archibald Forbes whom many regarded as the greatest war correspondent of the nineteenth century and who defined the role and became a model for the modern war correspondent.


Despite the regard with which he was held during his lifetime, Forbes has been largely forgotten except perhaps in the History Department’s Forbes medal.  Covering all the significant wars from the Franco-German war of 1870 to the Zulu War of 1879 he was the first to make extensive use of the telegraph to get his reports into the press ahead of his rivals.  His on-the spot descriptions of battles still have a vivacity that few could match. At the same time, he never hesitated to criticise the tactics of the military authorities and to defend the role of the war correspondent in exposing the reality of war.  The result was a petulant refusal by the British to give him the kind of recognition that that many European governments bestowed on him. AUP have recently published Professor Fraser’s study of Forbes, The Wars of Archibald Forbes. The talk will look at aspects of his life and at the part he played in creating the image of the heroic correspondent.

All events are free to attend, and hosted in the Special Collections Centre Seminar Room of the Sir Duncan Rice Library