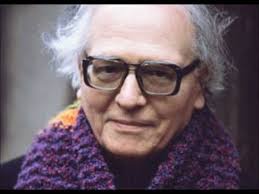 There is a pre-concert talk about Messiaen's Quartet for the End of Time. This will take place in King' s College Chapel at 18.30hrs with the concert starting at 19.30hrs.

From very early on it was clear that Messiaen would be a composer who would stand alone in the history of music. He did not come not from any particular  'school' or style but formed and created his own totally individual musical voice. He achieved this by creating his own 'modes of limited transposition', taking rhythmic ideas from India (deci tala), ancient Greece and the orient  and most importantly adapting the songs of birds from around the world. He was a man of many interests including painting, literature, and the orient where  he took in not only the musical culture but theatre, literature and even the cuisine of foreign countries! The single most important driving force in his musical creations was his devout Catholic faith.