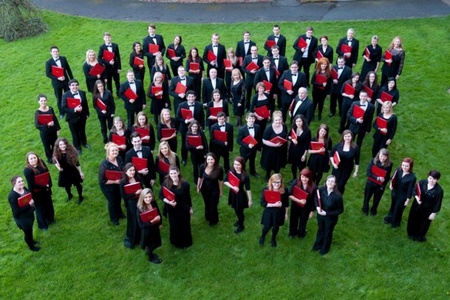 Musicians from two critically acclaimed choirs are reunited for a concert of celebration and Unity.

In 2013 as part of Derry/Londonderry’s UK City of Culture celebrations, the University of Aberdeen Chamber Choir was invited to join the University of Ulster Chamber Choir together with the London Southbank Sinfonia in performances of Laurence Roman’s new oratorio, Columba Canticles; a work commissioned by St Columb’s Cathedral, Londonderry to mark the 400th anniversary of the establishment of the cathedral.

In 2014 the choirs are reunited in the spirit of musical unification once more and will perform at St Machar's Cathedral on the 14th of June, in a concert featuring Scottish and Irish Folk Songs specially arranged by Paul Mealor and Laurence Roman, and to finish, Poulenc's magnificent Gloria.

This event is free and no tickets are required. Doors open at 7pm.

For more information please contact the Department of Music - 01224 272570 or email music@abdn.ac.uk