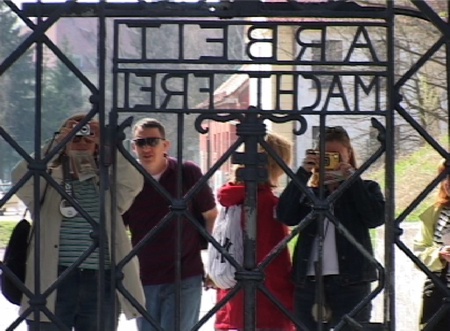 Dr. Alan Marcus, Head of Film and Visual Culture at the University of Aberdeen, will present two 30-minute films he directed that relate to sites associated with the Holocaust: In Place of Death (2008) and In the Birch Grove (2012). The screening will be from 4pm - 6pm.

The films explore the contemporary settings of Dachau and Auschwitz, which attract significant visitor numbers, and the role of memory. The films will be followed by a Q&A and reception.

Alan Marcus is an award-winning filmmaker, whose series of films for the In Time of Place research project have been the subject of over 40 invited talks at conferences, universities and museums.

The event, which is in collaboration with Aberdeen City Council's commemoration of Holocaust Memorial Day, is ticketed and free. Seating is limited and tickets are available from the Belmont Cinema.

In addition, there will be a special screening of the film Downfall (2004) directed by Oliver Hirschbiegel at the Belmont Cinema on Thursday 24th January at 7pm, followed by a Q&A with Dr. Alan Marcus. This event is organized in conjunction with Aberdeen City Council's Holocaust Memorial Day commemoration, and is free and ticketed through Belmont Cinema. For tickets, contact the Belmont Cinema on 0871 902 5721.