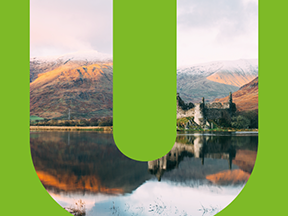 Welcome to the 'Ballad Capital of the World', home to a living song tradition that stretches back for centuries.

Welcome to the ‘Ballad Capital of the World’, home to a living tradition that stretches back for centuries. Tonight’s concert showcases the journey of the ‘bothy ballad’ through four stages from simple farm cottages to the dance floors of today, via Music Hall and folk band traditions.

Bothy songs, so called after the basic stone cottages in which nineteenth-century farm servants stayed and in which the songs were often composed and sung, describe life on the farms before mechanization, electricity, or recorded music. The work was hard, the food simple, and the farm bosses often draconian in their discipline. Songs like these were a vehicle for entertainment and passing the time, but also a catharsis for feelings about this working life.

As technologies changed, and workers’ conditions improved, many looked back on the bothy life with a kind of nostalgia. This is reflected in a lively tradition of Music Hall-style songs reminiscent of that life, composed for the stage and for the commercial market. The songs are often humorous, and often accompanied on piano to meet drawing room tastes.

Since the 1950s folk revival, folk and traditional bands have been presenting these songs with a new range of instruments, such as guitar, fiddle, bouzouki, accordion, and percussion. More recently, composers and MCs have begun to draw on the bothy repertoire for floor-filling dance tracks, which are proving very popular in nightclubs, contemporary but anchored in a deep tradition.

Taking you on this journey is a stellar line-up of singers and musicians. Audiences will be treated to the singing of three Bothy Ballad Champion of Champion winners, Geordie Murison, Hector Riddell, and Shona Donaldson, Scots Singer of the Year Iona Fyfe, BBC Young Traditional Musician of the Year finalist Calum McIlroy as well as Celtic Futurist music producer, Zazim. The evening is hosted by ballad scholar, singer, and Elphinstone Institute Director Tom McKean.