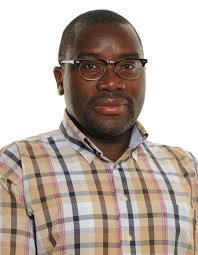 Congratulations to Ben Kumwenda on the publication of his study looking at the relationship between socio-demographic factors, the career choices and career influencing factors of early-career doctors, in the BMJ Open

Specifically, the study looked at the specialty destination of Foundation doctors. The study revealed that there is a direct association between trainees’ socio-demographic characteristics, academic ability and career choices. For example, doctors who enter medical school as mature students and those who came from families where no parent was educated to a degree level have statistically significant higher odds of choosing careers in general practice and mental health relative to other specialties. The study also showed that doctors who pursued careers in more competitive specialties (i.e. surgical specialties) had significantly higher academic scores than colleagues who pursued less competitive ones (i.e. general practice).

Commenting on the findings, Ben Kumwenda, the lead author of the paper, explains that the study is one of the first to use the UK medical education database (UKMED) to report that doctors from widening access background are more likely to choose careers in under-recruiting specialties. He further said that the study adds to the debate about social mobility and social accountability in medical education and training. We now know that recruiting medical students from lower socioeconomic groups and those who originate from under-recruiting areas may be at least part of the solution to filling training posts in under-recruiting areas and specialties.