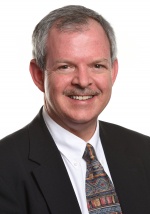 Economists oversimplify the ‘real world’. I teach my students about the concept of ‘ceteris paribus’ – the idea that when looking at an economic relationship, we assume all other things equal. While useful in thinking about economic models, it does not help much in modelling ‘real world’ complexity. This, then, has led many economists to worry about unintended consequences of policies that are designed to do one thing but do other things too.

A research interest of mine is employment contracts that have elements of performance-related pay (PRP). It is a characteristic of many contracts – from its purest form (piece rates) to bonuses. Research in PRP has a long history, but recent work has identified important unintended consequences.

The GoodPRP’s appeal is that it ties pay to productivity. In cases where monitoring is relatively easy, PRP gives incentives for higher productivity. It also sends signals to workers outside the firm that their productivity will be rewarded, which helps recruit productive workers. A substantial body of research confirms these relationships, echoing what many employers already know.

The BadWell – maybe not ‘bad’ but ‘hard’ might be the better word. One oft-cited problem with PRP is that it can lead to unintended behaviours if the contract is incorrectly specified. Workers on piece rates may emphasise quantity over quality or waste raw materials to increase output. There are further difficulties if output is hard to measure or there is variability in output that is outside the control of workers.

The UglyA newly researched unintended consequence of PRP was actually noticed in 1776 by the Scottish economist Adam Smith in his Wealth of Nations, ‘Workmen...when liberally paid by the piece, are very apt to overwork themselves, and to ruin their health and constitution in a few years’. Smith observed a link between PRP and health. Interestingly, there is little research on this topic, and nobody has examined the causal link. In co-authored research, I find that PRP is correlated with increased injury rates and with poorer health. In addition, I am the lead researcher on a new interdisciplinary ESRC-funded grant that examines whether PRP increases stress by measuring cortisol – the stress hormone.

Like any economic activity, PRP generates costs and benefits. The key responsibility for decision makers is to ensure that all costs and benefits are counted. The benefits may outweigh the costs, but unless unintended consequences are identified, costs may be underestimated or left unmitigated, possibly leading to poor decisions and lower productivity.

(Prof Bender’s ESRC grant, ‘Performance-Related Pay and Stress: An Interdisciplinary Study’ runs from 1 January 2019 for three years.  He is interested in establishing a Practioner’s Advisory Board.  If you are interested, please email him at kabender@abdn.ac.uk.)

Professor Bender specialises in labour economics and applied microeconomics.  In addition to working at the Unversity of Aberdeen, he has held previous positions at the University of Wisconsin-Milwaukee and the US Social Security Administration, as well as visiting positions at Louisiana State University, University of Potsdam, Giessen University and the National Institute for Labour Studies at Flinders University in Australia.