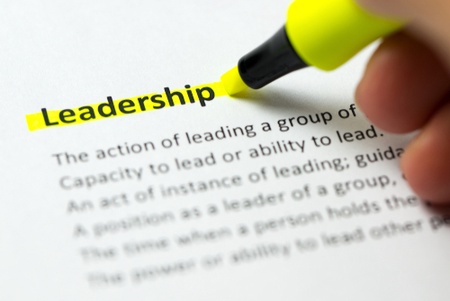 During my time as a local council officer I remember chasing up updates and submissions of Business Continuity Plans.  These could slip off people’s ‘to do’ list in the whirlwind of operational tasks.  It is only when something goes wrong that these came into their own with risks considered and plans in place to mitigate them alongside alternative operational contingencies.  A risk ignored can be a crisis ensured.

In the current international crisis many people have the feeling of volatility, uncertainty, complexity and ambiguity (‘VUCA’).  The term ‘VUCA’ is often used in leadership thinking. It is often cited that it came from the U.S. Army War College in 1986.  It certainly entered the curriculum for military leaders around then, however, VUCA’s roots are from the work of Bennis and Nanus (1985).

Many may feel volatility, uncertainty, complicity and ambiguity at this time.  However, is the current crisis VUCA?  It is interesting that VUCA’s  early use was in military leadership learning, for military leaders often state; the 7Ps “Proper Planning and Preparation Prevents Pretty [amended] Poor Performance.”  In the planning stage scenario planning all eventualities and walking through contingency measures is important.  Developing Leaders: A British Army Guide (2014) states, “Rehearsals are an excellent way of revealing the strengths and weaknesses of a plan.” (p. 34)   One might ask what scenario planning various sectors have completed for any incidence before just now?

The process of planning can reflect modern leadership models and approaches, such as Cooperative Leadership (McLennan 2019, 2020) as opposed to more traditional command and control leadership models.  Indeed, British Army Leadership Guides suggest ‘Cooperative Planning’ may be most effective:  “The cooperative style of leadership is exemplified by planning with subordinates, seeking their opinions, listening to them, and involving them in the decision-making process. This generally creates better plans.”  (pg 55)

With good planning, we might consider if the current ‘crisis’ is, or should be, ‘VUCA’ per se.  Risk assessments and business continuity plans can avert predicted crisis becoming uncontrollable disasters.  The risk of pandemic has been long discussed.  The Cabinet Office National Risk Register (Cabinet Office, 2008) and the more recent 2017 National Risk Register Civil Emergencies (Cabinet Office, 2017) noted pandemics incidence as the highest relative likelihood and highest relative impact on risk assessment matrix. The  2008 report noted: “SARS outbreaks globally reconfirmed that traditional public health and infection control measures can be successful in containing a new infectious disease.”  It seems that there was limited ‘out the box’ thinking on ‘what if the disease is uncontainable i.e. no vaccine initially found.  Predicting and planning for the unpredictable is a key part of risk assessment.    In a 2015 presentation on The National Risk Assessment (13 February 2015, London, Civil Contingencies Secretariat) pandemic influenza appeared again as the highest impact score and the second highest rating of likelihood to happen.  The 2017 Risk Register placed disease as the top ‘change’ risk with ‘more frequent’ outbreaks potential and ‘no country immune’ noted.  It is noted that it may take 4-6 months for vaccines to be developed.  The Risk Register also stated; “emergency responders have personal protective equipment for severe pandemics and infectious diseases.”  At this point we may ask, did risk assessments follow into action plans?

Having ascertained that good leadership develops plans and tries and tests plans to try and ensure incidents are not volatile, uncertain, complex or ambiguous, we move from planning stages to enacting.  At this stage the consequences of decision making, either pre informed by risk assessments and scenario planning or made at the time, present another leadership theory- ‘wicked problems.’ The concept of ‘wicked problems (or issues)’ first entered leadership lexicon through Rittel and Webber’s 1973 article ‘Dilemmas in General Planning.’  They state the outset, “The search for scientific bases for confronting problems of social policy is bound to fail, because of the nature of these problems. They are "wicked" problems, whereas science has developed to deal with "tame" problems.”

Professor of Public Policy Keith Grint, like the British Army on VUCA, points to cooperative leadership approaches as being useful in working with wicked issues: “The leader’s role with a Wicked Problem, therefore, is to ask the right questions rather than provide the right answers because the answers may not be self-evident and will require a collaborative process to make any kind of progress.” (Grint 2008:13).  Wicked problems involve complex challenges that can rarely be solved and which tend to have multiple stakeholders who have different perceptions of both the problem and the solution. Wicked problems require leadership which is best displayed as asking intelligent questions.

Grint (2008:11) demonstrates how there is a range of leadership approaches for differing scenarios: command for critical; management for ‘tame’ issues, leadership for ‘wicked’.  However, he does not define the leadership other than asking questions.

A number of issues are arising with no easy answer and moral conflicts and complex ethical dimensions.  For example:- Do we keep schools open to support key workers when we believe students may be virus carriers and school staff may be exposed?  Do we allow families to see loved ones in dying moments in hospital or indeed when they are deceased?  A Police Sergeant tweeted out his ethical dilemma at the end of his shift, “and finally, you are the police officer and have been stopping traffic ALL day.  The last car of your shift contains a driver who says that they are just on their way home from work and taking a detour just to get a bottle of wine.  They are an exhausted A&E nurse.  What would you do?”

Adaptive leadership (Heifetz and Linksy, 2009) is coming to the fore to ad hoc deal with multiple issues arising at present both at stratefic and operational levels (as demonstrated by the questions above).

It seems that by mitigating ‘VUCA’ and unearthing ‘wicked issues’ in a cooperative way, some of these issues may have been scenario planned before now.  Where they have not been, a cooperative approach is now likely to produce better plans and results.  Blending common sense with sometimes necessary command and control may be possible through cooperative approaches.

Neil McLennan is Director of Leadership Programmes University of Aberdeen.  The MSc Leadership in Professional Context develops leaders across public and uniformed services.

Heifetz R. and Linzky M. (2009) The Practice of Adaptive Leadership: Tools and Tactics for Changing Your Organisation and the World.