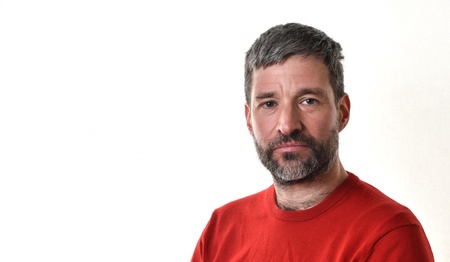 The oil and gas industry currently finds itself in a situation which is far from comfortable.

On the one hand, the industry just began to recover from the 2014 downturn.

Now the industry faces perhaps an even bigger challenge: the move towards a carbon-free society, also referred to as energy transition.

In light of all this, it is interesting to observe how the industry sees itself.

An excellent opportunity for this was at Offshore Europe 2019, where we saw a shift in the language around energy, with terms such as decarbonisation, climate change, and energy transition coming to the fore.

The awareness of this challenge is a good sign, as is the “noticeable positive energy” remarked upon by organisers at the conclusion of the conference.

It has been highlighted that, despite all declared climate emergencies, global oil and gas consumption is predicted to continue to increase in the years to come and that industry is part of the solution rather than part of the problem.

These predicted increases in global oil and gas consumption should not, however, be a reason for the industry to relax.

The sheer fact that the usage of the term “peak” in the context of oil has changed from peak supply to peak demand is an important turning point – but it remains to be seen how this affects investments the industry will certainly rely on in the future.

What is more, the sentiment towards climate change and the role of the oil and gas industry in wider society has shifted quite dramatically over the last year.

How this sentiment will develop in the near future will be determined by the responses of governments and the industry alike. These responses will also determine how fast the demand peak will arrive, and the shape that energy transition will take.

From the perspective of tackling climate change, these responses need to be fast and determined; it is without doubt that urgent action is required and any delays will only result in making more radical steps necessary in the future.

A radical transformation in the future, however, poses enormous risks for the industry, and the financial system more generally – according to concerns expressed by the Governor of the Bank of England, Mark Carney.

The Bank’s mission is to maintain monetary and financial stability.  Alongside other central banks the Bank of England has started to monitor the situation and assess the risk associated with energy transition.  Institutions such as central banks only get involved when it is necessary – and in this case central banks already deem it necessary.

The risk, according to the central banks, is that investors will punish those firms that are insufficiently prepared for this transition, and that, in addition, assets lose value dramatically and thus become “stranded”. Taken together this poses a threat to the stability of the overall financial system. The consequences of the financial crisis 2008 are hopefully not forgotten yet.

The observation that there is “positive energy” within the oil and gas can potentially be seen as a warning sign that the industry underestimates this challenge and is insufficiently prepared.

It is obvious that an energy industry has to be part of the solution, but it is far from certain whether this industry will consist of the current players or if there will be a major overhaul – another concern expressed by Mr Carney.

It should not be forgotten that any major structural change in an economy produces winners, but also losers. In this case there would be many losers - workers in affected firms, and potentially across society if such a change leads to financial crisis.  And if the measures turn out to have come too late, perhaps also the climate.

*This article first appeared in Energy Voice on October 16th, 2019