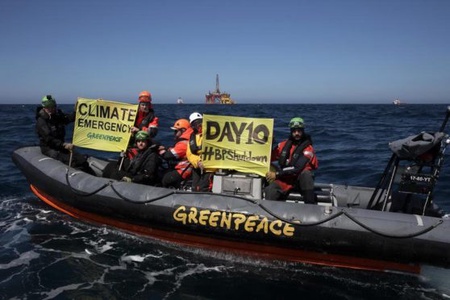 This article was originally printed in the Energy Voice on Wednesday 19 June https://bit.ly/2WR3vPN

The immediate economic consequences of the BP-Greenpeace standoff over the Vorlich field are obvious: the drilling operations are delayed and, as operations of this type are very costly, only a few days can have a considerable impact.

Equally important are the wider economic and also political consequences.

First, the North Sea is a mature region and competes for investments with other oil and gas regions in the world, so it is not unlikely this standoff affects how global investors view the North Sea.  This adds to the enormous uncertainty the region faces anyway.

Second, the concerns about climate change are growing. There is increasing awareness of this enormous challenge, also within the oil and gas industry. The UK Government, on the one hand, only recently committed to ambitious carbon emission reduction goals – “Net Zero 2050”. In Scotland the ambition is to reach this goal even 5 years earlier. The term “climate emergency” has been used in this context. On the other hand, the approval to proceed with the Vorlich development came only a few months ago. This seems to be somewhat inconsistent. It is essential that the government – and the sooner the better – decides and explains how these ambitious targets are going to be achieved.A consistent plan certainly also helps avoiding the type of standoff we currently observe. Such a plan is of the utmost importance for those who are immediately affected: the workers and whoever else are either employed in the oil and gas sector or who depend on it.

This is a lesson we have learned several times when there have been larger transitions or structural re-adjustments in the economy.

There are always many people affected. Their concerns need to be taken absolutely seriously. This is the government’s responsibility. The risk is that if the government does not have a plan supported by the population, the situation can only get worse.