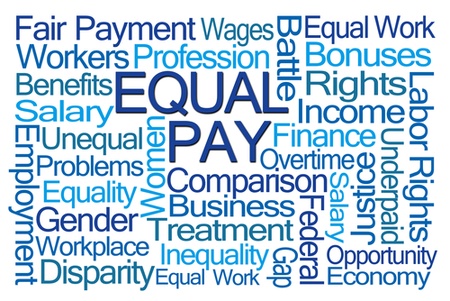 Last week employers were reporting on gender wage differences. Unsurprisingly, the data show most employers pay more to men on average. The question is what is generating the difference? It is easy to interpret the difference as a measure of discrimination. This is certainly the tone of the current debate.

However, social scientists, in general, and economists, in particular, are trained to go beyond these headline numbers. While discrimination likely plays a role in wage differentials, years of study show that wages are influenced by a combination of factors: discrimination, education and experience, motivation, natural ability and the potential of injury at work just to name a few. For example, differences in average education across men and women would lead to differences in average wages that have nothing to do with discrimination. But this is lost when just looking at average wages since there is no adjustment for these other factors.

In fact, the average could even be an underestimate of the level of discrimination! Suppose that men were paid 20% more than women on average. If men and women were equal in every way except that women were 10% more productive, they should be paid 10% more. Since women earn 20% less, the level of wage discrimination is actually 30%, rather than the 20% average.

Perhaps the most useful information from the reports is the percent of women in each pay grade. Except in exceptional cases (like a men’s football club), one would assume gender equality at different pay grades. However, we don’t see this. Women are usually underrepresented at higher grades, a phenomenon called the ‘glass ceiling’. This is more closely tied to discrimination and also generates a wage difference.

Making employers aware of pay differences is good, but these reports are only a start of a conversation over the nature of workplace discrimination. Employers and policymakers will need to do more research in order to come up with appropriate (and not just ‘easy’) policies to address pay differences.

A shortened form of this post was published by the Aberdeen Press and Journal on Saturday April 7, 2018 on p. 25.