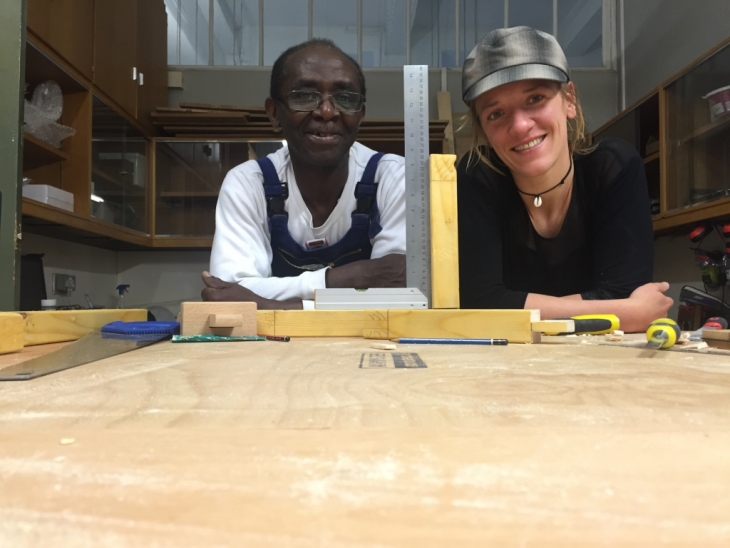 Anthropology PhD student and film-maker Christine Moderbacher has received a major award from the Austrian Film Commission and national television in Austria to make a feature length cinema documentary.

With a working title of ‘Summer In Nigeria’, the film will be about the journey of a group of Austrian villagers who decide to follow their Nigerian-born priest to his home village in the Biafra region with the aim of constructing a Catholic school. Christine is also currently using film within her PhD on migrant and refugee carpentry trainees in Brussels, as part of the KFI project in the Department of Anthropology. Work on the new film will begin in 2017.

Picture: Christine at work with collaborator Cise Ibrahima in Aberdeen.