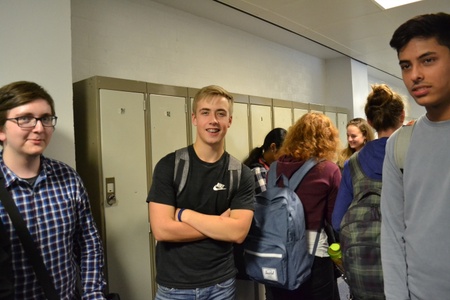 A G2M student shares their thoughts on starting out on their pathway to a medical career.

As day one of the Gateway to Medicine course finally loomed, we were all apprehensive. Flatmates had been met and friendships had been made, but what would it be like to meet everyone all together for the first time, to make the first trip to NESCol and to actually begin the journey to medicine, to becoming a doctor? Apparently, a lot easier than expected!

After a daunting initial meeting on the ground floor, everybody seemed to get along well, with the whole course finally there together. The day only got better with meeting the future lecturers; down to earth, to the point and with a bit of character, this was a good start. The day was filled with confusion and a hint of intimidation at this new, huge academic facility – with some coming from small island and some from huge cities, it was a mix of shock and just getting used to this new environment.

We learned about each other: our personalities, ways of thinking and who we’d get along with, and we learned about NESCol: what it had to offer, where we were going to be learning and who was going to be teaching us. At the end of it we’d learned a lot, we had an idea what the next few months was going to be like, who we should stick to and how we should be acting and going about our learning. It was a daunting day, but as it turned out, all the best things are!