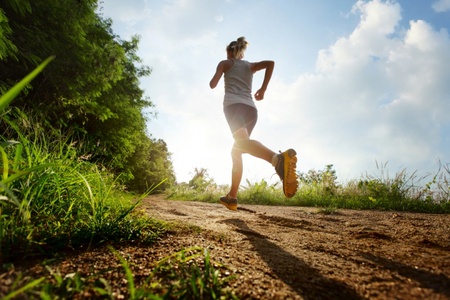 The statistics for cancer incidence rates make for sobering reading with the projection that those born in1960s have a one in two chance of being diagnosed with cancer at some time in their lifetime.  The lifetime risk was found to have increased from about 40% to 50% when analysing the data from those born in 1930 to those born in 1960 (Ahmad et al 2015, British J Cancer). There are several factors that appear to account for the projected incidence rate, an increase in longevity, better diagnostic testing and some cancers being linked to lifestyle, e.g. bowel cancer appears to be linked to both meat consumption and obesity. Some rates of specific cancers have decreased e.g. smoking related cancers but others are increasing such as breast cancer and prostate cancer. The rise in obesity rates of the adult population is a major health concern because of the negative impact obesity has on both metabolic health and the increased risk of cancer. In light of this worrying prediction in rising cancer rates, is there anything that we can do to reduce the risk?

Exercise/physical activity has many health benefits. Exercise is recognised as possessing positive effects on the cardiovascular system (Seals, 2003, Exercise & Sport Science Reviews) such as improvements in arterial elasticity and function. Less well understood is the role that exercise and physical activity can play in cancer prevention and for patients undergoing or recovering from treatment for cancer. Scientific publications have been able to identify that regular exercise reduces the incidence risk, by as much as 25%, of some cancers (Campbell & McTiernan, 2007, J Nutrition; Friedenrich & Orenstein, 2002, J Nutrition). The precise mechanism underlying the protective effects of exercise are beginning to emerge and appear to be related to factors that reduce systematic inflammation, a common feature in some cancers (Roxburgh & Macmillan, 2014, British J Cancer). Improved metabolic control is associated with regular exercise and improved insulin sensitivity is a well recognised feature associated with exercise. In contrast, poor insulin sensitivity is linked to obesity, an increased cancer risk and a poorer cancer treatment outcome (Orgel & Mittleman, 2013, Current Diabetes Reports). The current UK recommendations for exercise are to accumulate 150 minutes of exercise/physical activity per week, preferably as 30 minutes per day for 5 days of the week and these levels of physical activity have typically been used in these studies.

The encouraging evidence that exercise can reduce the risk of developing cancer is not its only benefit. Recent evidence has emerged that exercise and physical activity can have beneficial effects in patients undergoing and recovering from treatment for cancer (Saxton, 2007; Hamer et al, 2008). Those undergoing treatment for cancer often find it a tiring experience, usually termed cancer related fatigue (CRF). However, a short term study (Anderson et al 2013 European J Oncology Nursing) reported that patients completing an exercise intervention programme experienced a reduction in CRF. Similarly, Lipsett and colleagues (2017) reviewed research on radiotherapy for breast cancer and could demonstrate that across 9 studies that included over 800 patients exercise intervention reduced fatigue in comparison to patients receiving the same care but without exercise prescription. Taken together, increasing daily physical activity, through regular exercise, can reduce the risk of developing cancer and for those undergoing treatment can improve the side effects of treatment and enhance recovery.