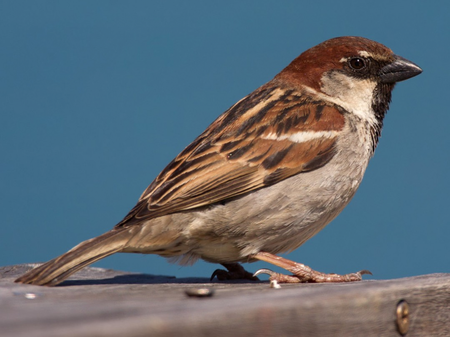 Blog on the SBS seminar (18th March 2021) from Dr Anna Runemark written by Ellie Mason, student from the “Meet the scientists” course

Novel diversity is often overlooked with the threat of depleted biodiversity often taking the headline. Yet it deserves recognition for species’ ability to adapt and thrive in different ecological niches.

Anna Runemark and her colleges have been working to establish the mechanisms underlying novel diversity. Anna’s first study was based on hybrid speciation in the Italian Sparrow. Hybrid speciation is the creation of a new species when two distinct species reproduce. She has then gone on to develop further studies on the adoption of new ecological niches and the extent this leads to species divergence, this is observed in the relationship between thistles and how the different Peacock flies use different species of thistles to their advantage for specialised reproduction.

The Italian Sparrow is the hybrid of the Spanish Sparrow. Yet how much have they actually diverged from their parent species?

Anna’s work is based on the theory that hybrids are particularly susceptible to adaption. To assess this, she compared different Italian Sparrow populations on the Islands in the Mediterranean such as Malta, Sicily, Corsica and Crete. These different populations showed varying similarities to both parent species. However, the populations of the Italian Sparrow on the individual Islands vary in similarity to House Sparrow from between 25% and 75%.

Characteristics were then studied trying to establish the reasons behind the high variance. Beak size was found to be influenced more by diet and genomic variation than changes in seasonal temperatures at the individual level. Whilst at the population level, seasonal temperature had a greater impact than diet and genomic variation. Beak shape was best explained by diet and genetic divergence. This highlights an overlap between genetic factors, environmental factors and variation depending on if looking at the population level or at the individual level.

It also reinforces the theory that hybrids do have an increased level of adaption. They are made up of a complex mixture of their parent species genomes. This adds another layer of genomic complexity greater than when a single species reproduces. This mixing has an increased number of different combinations potentially suitable for different habitats which is shown by the variation in similarities of the Italian Sparrow to the House Sparrow between the different islands’ populations of Italian Sparrow, this cannot simply be explained due to the environmental circumstances.

Extreme niches are thought to be a powerful driver of diversification. When a species overcomes a barrier in their habitat such as toxic prey or plants, the species undergoes selection. For example, if they consume a toxic plant, they either die, meaning they can no longer reproduce and pass their gene to the next generation. Or they have some adaption meaning they can survive this toxin. This usually indicates they have some genetic mutation allowing them to survive, and because they did survive, they have the ability to pass this mutation down to the next generation. This is natural selection. Additionally, if they are the only animals to develop this adaption, they have created a novel extreme niche that only they can exploit.

Anna studies this idea in two thistle plants, the cabbage thistle and the melancholy thistle and the unique adaptions of the Peacock Fly. When observing these interactions across Europe, it is shown that some Peacock flies prefer one of these species of thistle over the other. This pickiness can even lead to reduced survival rates.

In this case the novel niche is demonstrated when female flies lay their eggs. The female Peacock flies prefer one species of thistle over the other. However, when females lay their eggs on the “wrong” thistle, they still yield viable larvae, although the number of larvae capable of pupating (reaching the next stage before becoming an adult) was severely reduced. After reaching the pupal stage, their survival rates are unaffected irrespective of their ecological niche.

It is still unknown why these flies are so particular at the larval stage. Some genes were differentially expressed when the larvae had hatched on the “correct” and the “wrong” thistles. This offers an explanation regarding the larvae’s inability to adapt, providing a starting point for future research.

These flies also have a huge range of morphological divergence and yet only weak connections could be made to the type of speciation of the thistle and geographic regions this was based on studies comparing these interactions in different locations across Europe. This was surprising given the strong selection against the “wrong” plant.

Novel diversity creates new opportunities for species to thrive. Hybridisation offers opportunity for new genome combinations from their parent species. This is especially the case when the hybridisation occurs between the same species in different locations, as it offers the hybrid the ability to succeed in multiple locations with different genome combinations. Novel niches are responsible for an explosion of diversity but the genetics around this are still to be discovered. Novel diversity offers infinite possibilities simply waiting to be adopted.