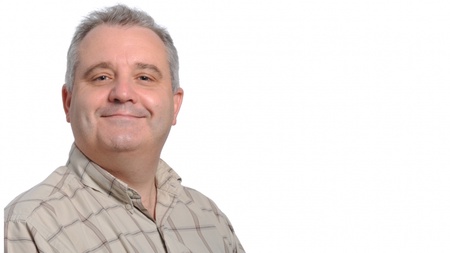 GP and Professor of Primary Care at the University of Aberdeen, Peter Murchie addresses the conundrum of why people with cancer in rural areas are less likely to survive. If there’s one thing we are blessed with in Scotland, it is plenty of remote and rural space. However, I must admit that I become quite blasé about it at times. I probably drive through beautiful rolling countryside every day in the North-east without a second glance, whilst if I saw the same vista on the continent I would stop and take a photograph. I am always reminded of this by our international students who never fail to wax lyrical about the beauty of our country.

There are countless tales of city dwellers, sick of the rat race selling up and seeking a simpler life in Shetland, Orkney, the Western Isles and many places in-between. And whilst there are doubtless benefits from living in these beautiful parts of the world there is a worrying statistic, uncovered during our research at the University of Aberdeen. In basic terms, our studies show that if you live in a rural part of the world, you are 7% less likely to survive cancer than if you live in a city. This survival disadvantage of living rurally doesn’t just apply to Scotland, or even the UK. We looked at studies from all around the world, which showed the same thing.

You could be forgiven for chalking this up to geography. If you live further away from cancer hospitals, then it stands to reason that getting to these centres for treatment is more arduous and as such you might not get treated as quickly. However, in a different study, we found that people with cancer who live more than an hour from their nearest major hospital are actually diagnosed and treated faster than those who live closer. For example, we found people who live in the Northern Isles were 72% more likely to have their diagnosis and treatment started on the same or next day compared to those who lived within 15 minutes of the nearest cancer hospital.

Despite this, the study revealed faster treatment did not translate into better survival rates, with those living more than an hour away or on the islands being significantly more likely to die in the first year after treatment than those living closer by.

This is truly perplexing and not at all easy to understand. There are, however, several possible explanations. It could be that rural cancer patients are less willing to flag up problems with their treatment to avoid further long journeys to hospital. It could be they find it harder to get medical attention out of hours when most complications are likely to occur. Or, it could be that there is just less support generally if you have cancer and live in the country, which gradually takes a toll on health and survival.

The truth is that we just don’t know the answer currently. It is, however, very important because 17% of the total population of Scotland, nearly one million people, live rurally. We need to take the health of rural Scots very seriously. Rural industries and rural workers are vital to Scotland’s economy. If we’re not giving our rural communities the best care we can, we need to know why and we need to know what we can do about it.

This is why my team and I are working on a number of projects currently, all of which are seeking to understand how we are delivering rural cancer care and how we might do better in the future. Findings suggest more must be done to analyse how people with cancer interact with specialist services after they have been diagnosed.

The advancement of digital communications is producing new solutions all the time. Whilst not a replacement for face-to-face appointments, telemedicine could remove some of the obstacles those living in rural areas face with regards accessing medical advice in a more timely manner. One of the projects we have worked on, called Asica, involved the development of software which encourages and enables people who have had skin cancer to carry out self-examinations using a tablet or phone. The software allows them to send an image of any skin abnormality to a specialist can advise whether a follow up appointment is required. The initiative has obvious benefits for those living in rural and remote areas, but if it proves successful there is no reason why something similar couldn’t be used to monitor other cancers as well.

We’re also working with researchers in other countries to see what lessons we can learn from one another.

We don’t have the answers yet but with more research it should be possible to identify other factors that contribute to this divide and we dearly hope that through our efforts we will soon be able to start to untangling the rural cancer riddle and making things better for country people with cancer.