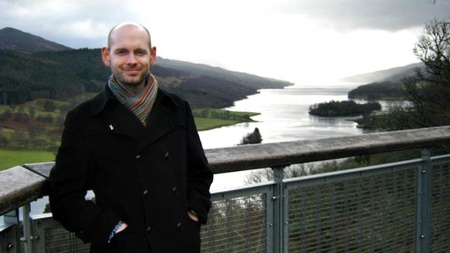 I hadn’t really intended on this being a series of pieces when I wrote for the first time in April 2017 about my depression diagnosis.  But the more I wrote, the more I found it helped me learn to deal with it.  As time went on, I found it was helping me to hear about, and to talk to, other people with similar experiences, and so I wrote – on my birthday – about how we need more of this discussion.  Six months on, I wanted to move forward that discussion: a progress report, of sorts.

I’ve been off medication for depression for a year now.  And I’m doing fine; good, even.  I feel like I’ve made progress, and I’m much more comfortable in who I am, where I am and what I’m doing (even if, as an academic, I continue to suffer from that common malaise of academics: ‘imposter syndrome’).

As I suggested in May, I’ve increased significantly the amount of exercise I do.  Over the past 6 months I’ve run a couple of 10Ks, a half marathon and the Loch Ness Marathon.  I’ve taken up cycling, encouraged by a colleague who had a spare road bike, and I’ve already done a couple of 40K routes around Aberdeenshire.  Early indications are good for keeping it up – I really enjoyed the fresh air, the exercise and the distance – but when will the saddle stop hurting my arse?  I’m already starting to think about a triathlon next year (and foolishly, I’ve just written that down, so people can hold me to it).  Exercise has been a constant help.

I’ve also been more aware of myself.  That sounds a bit like pretentious, or, worse, like mumbo-jumbo medicine.  But it’s true.  I’m aware of how I work: of how my brain works, of what it needs to function well and the circumstances in which it functions badly.  I’ve developed techniques, management skills, for when I know my brain is going to feel pressure or would, in the past, have let negative thoughts take over.

For example: this time of the semester is a hellish hell of marking hell. You think you’re done, then another pile lands on your desk.  Then another.  Then the exams hit, and even more marking comes.  And there’s a deadline for this pile, and a deadline for this pile.  And pressure to still be at the races: there’s still teaching, research, admin to do, colleagues to talk to, students to advise and supervise.

But this time, I saw it coming.  The marking was eating at me – and previously, I’d have crumbled. I’d have taken nights, working until 1am, back in the office to teach the next day, working the next night, until it was done.  That’s not healthy.  So I did something different: I made a decision to work on a Saturday to get it done – and to take a day’s holiday the following week to replace the weekend day I’d missed.  I had to work hard to get it all done on the Saturday, sure.  But once I’d decided I was doing it, the pressure was off: I stopped trying to snatch 20 minutes between classes to mark something or staying up late when I got home.  It worked: the darkness stopped closing in.

I know I’m in a fortunate position: my family, my job, my life.  It’s all pretty comfortable.  But as most of us know, depression doesn’t discriminate.  It can affect you if you’re rich or poor, black or white, ‘successful’ or not.  But I think it is important to recognise that, when you are in a fortunate position, you can have a bit more luxury in how you deal with it.  I mean, ‘luxury’ isn’t fair – anyone who knows anything about depression knows there is nothing luxurious about it – but there are people who don’t have the same options to deal with what they’re dealing with.  I’m lucky: I’ve had outlets to talk and write about it, I can manage deadlines and work relatively flexibly, I can recognise and manage what I do and tailor activities to my mental capacities.  Not everyone has that space.

A lot of the time, it’s still exhausting.  Your mind has to work overtime – not just on work stuff, but on day-to-day social interactions; maintaining a semblance of normalcy even when you’d much rather hide in your office; engaging with colleagues and students; projecting an air of confidence and competence when inside you’re still fighting your brain just to make it through a 20 minute meeting.  I sleep soundly at night.

But now: I don’t stay in bed.  I get up in the morning.  I function relatively normally – ‘normal’, I guess, being a relative concept anyway.  I’m ready – keen, even – to get to the office, to lectures, to speak to colleagues: to socialise.

But, at the moment, things are good.  I might even be happy.

And four years ago, I thought I might never say that again.