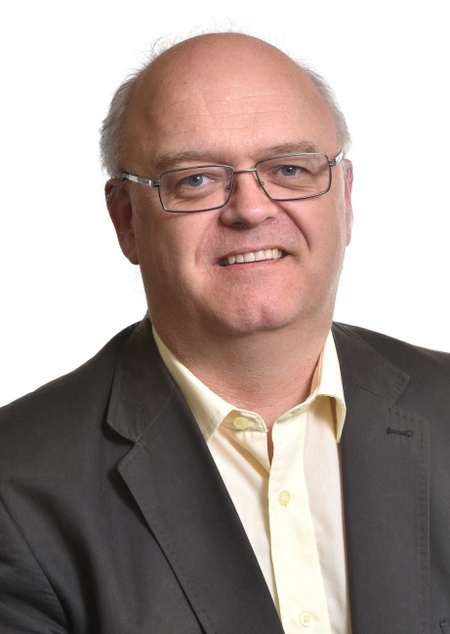 When I was a child, one of the most evocative words I heard my mother (and grandmother) use was ferfochan. It can be used to refer to a sense of world-weary exasperation for which there is rarely a remedy: A’m sair ferfochan wi ma brither. The word has rich connotations and is difficult to translate into even Scots’ near relative, Standard English. Here is the rub, however: I remember hearing the word regularly until my mother’s death. But I have only used ferfochan self-consciously, almost in quotation marks. My daughter, who is ten, will, I suspect, never use it. It’s unlikely that she will ever even hear it.

My parents knew the names of a range of wild flowers and other plants, along with the names of animals and birds in both Standard English and Scots (my father also had some ability with the names in Gaelic). I have inherited some of this knowledge, but it is patchy. I can tell you that gowan is the name for a particular kind of daisy, but I don’t know the terms for other forms of this flower; I know that a wood pigeon is a cooshy doo, but the names of other types of pigeons and doves are lost to me.

Partly this lack of transfer between generations reflects a change in culture and our connection with the environment surrounding us: my mother came from a rural background; my father was urban working class, but the fields were never far away and his mother had been a farm servant. I am a child of the suburbs. This argument can only go so far, however. I too, as a child, took great pleasure in the woods beyond our streets. I took genuine pleasure from their flora and fauna. I only know the local names for some of them.

This experience of partial understanding or complete loss of words is not confined to me, of course. In recent years I, along with a number of colleagues, have conducted research into the vocabulary known and used in the fishing communities of Scotland’s East Coast. These communities have, of course, historically been rather inward looking and somewhat divorced from their hinterlands (although often maintaining close ties to other, sometimes distant, fishing centres). The shared enterprise in which most inhabitants were involved, both on- and off-shore, naturally produced dialects whose vocabulary both suited this enterprise and rendered these communities more distinctive. Much of this distinctiveness has been catalogued by what is now the Dictionary of the Scots Language and its offshoots and the Linguistic Survey of Scotland, along with a range of more localised dictionaries and word lists.

What we found in a range of representative communities from Wick in the North to Eyemouth on the present English border, was that, the younger a person was, the less likely she or he was to have anything more than a patchy knowledge of what was once current in that particular place. Words connected with technologies, garments and practices which had been superseded had often dropped out of everyday usage. Barkin, a process of waterproofing (or at least water retarding) by painting a locally cooked brew of tropical bark, whose production produced a pungent smell, was known — often remembered fondly — by our older informants. Essentially because of the introduction of affordable oilcloth and plastic garments after the War, however, most younger people had never heard the word in that meaning, associating it with colloquial usage for ‘mad’. With this and other words, traditional meanings were known by young people primarily because they worked in the local heritage industry. Local words for weather and, for example, seabirds, also demonstrated this age shift, however, even though these semantic fields are a fundamental part of the realities of living near to the sea. A striking example of this is ware (also waur and waar), referring to a particular kind of seaweed. This word was not known by all but a few of our younger informants, even in places, such as Peterhead, where a Ware Street commemorates the supply of seaweed to farming communities as fertiliser.

Languages change, as does society. Previously regular occupations become rare. Words change meaning or cease to be used; other words are coined or cannibalised to reflect present realities. Stank, originally describing a drain on a farm, has urbanised as a roanpipe on a tenement. All of these processes are perfectly natural. This is not (or at least not quite) what we normally observe in contemporary Scots, however. Local words are regularly replaced by words and phrases derived from the colloquial registers of Standard English. Homogenisation — in a sense, globalisation — is taking place. Similar forces appear to be at work around Europe in relation to distinctive dialects, in particular when they are close relatives of the state language.

This piece is not intended to be a Jeremiad. There are many things we can all do to maintain the local distinctiveness of our native speech forms; not least, we can speak our language to each other and to younger people — particularly children. But we also need to document what is happening and how — as soon as possible. The resources mentioned above are based to a considerable extent upon fieldwork carried out in the 1950s; the local resources are patchy and may be inclined towards representing the speech of the recent past than the present. We need to update our understanding of local and national usage (indeed, multinational, since Scots is also spoken in Northern Ireland and the Irish Republic). For this reason, I, along with a number of colleagues from a range of universities, have begun preliminary work on a new Linguistic Survey of Scots, designed to collect and process vocabulary and pronunciations across Scotland and parts of Ireland.

This Survey will take much time and effort to complete. Its results will not be available for a number of years. In the meantime, however, the Universities of Aberdeen and Edinburgh, along with Scots Language Dictionaries, are holding a two day symposium in April 2019 in order to get a sense of what material is already available — in private hands, in the publications of local heritage societies, in recordings made for local historical societies and others, in the material for major academic corpora designed to record other linguistic features, such as pronunciation or grammar. The symposium is open to everyone. Interested laypeople are as welcome as professional scholars. With this in mind, fees for the event will be very reasonable. Having assembled this body of knowledge and evidence, we can move forward to documenting present usage and assess chanhe.

The Scots language is the possession of Scots speakers everywhere. The cataloguing, analysis and preservation is also our responsibility.