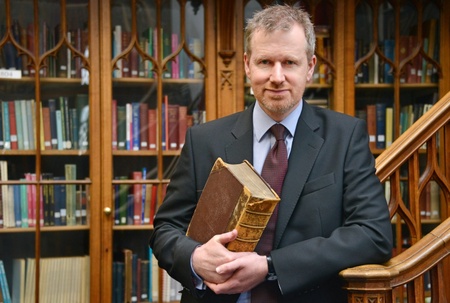 Professor John Paterson, from the University of Aberdeen School of Law, asks whether the current legal position on decommissioning liabilities is clear, and looks at potential options that might benefit the oil and gas industry.

The mature phase of oil and gas operations on the UK continental shelf is proving to be more complex than we could have imagined even a few short years ago. It has long been recognised that, once a reservoir was depleted and the infrastructure associated with it redundant, decommissioning would be required in accordance with the UK’s international obligations. But it is now clear that, even as some reservoirs reach that point, new discoveries are being made and their development may depend on having access to existing infrastructure which otherwise would be decommissioned. The complex decisions involved in balancing the needs of new and future projects with the expectations of companies who want to decommission infrastructure is a matter for the Oil and Gas Authority working in conjunction with the Department for Business, Energy and Industrial Strategy.

But even where these emergent issues are not a factor, there are other significant legal questions to be answered. For example, what if a company wishes to leave all or part of an installation in place on the continental shelf after decommissioning? The basic proposition (following the Brent Spar case in the 1990s) is that an installation should be removed once it is no longer required, unless it falls within three narrowly-defined derogation cases established by OSPAR Decision 98/3. (The OSPAR Convention 1992 deals with the issue of the pollution of the marine environment in the North East Atlantic region, which includes the whole of the UKCS.). In essence, where a platform is a concrete gravity-based structure or  a steel jacket weighing over 10,000 tonnes, or where there are exceptional circumstances which would make removal technically difficult, then it is possible for a duty holder to ask the competent authority for permission to leave all or part of it (according to the specific case) in place. Where a competent authority is minded to grant permission, it must inform the OSPAR Commission in order that other Contracting Parties may comment. There is no veto over the national decision, but the expectation would be that where very strong objections were received from other countries, this would put moral pressure on the state in question to reconsider.

Even where these international obligations are complied with, however, the legal questions are not exhausted. Infrastructure left in place on the seabed constitutes a potential hazard to other users of the sea. Who would be responsible were someone to suffer loss as a consequence of an accident at some future date involving such infrastructure? Insofar as its position must be marked on charts, it could be argued that any other party coming into contact with it must accept some (perhaps a significant amount of) contributory negligence. But the question remains one that worries all relevant stakeholders. Historically, guidance issued by the UK government stated that residual liability for infrastructure left in place would remain with the owner in perpetuity – without specifying who the owner was. The most recent guidance clarifies that the owner is either the owner of the infrastructure at the point of decommissioning or the holder of a statutory notice imposing decommissioning obligations at that time. As uncomfortable as it might be for the oil companies concerned to have an ongoing contingent liability hanging over them, at least there is some certainty about where responsibility would lie. But perhaps things are not as straightforward as they appear at first sight.

Speaking of ownership means that we are in the realm of property law. If we were considering infrastructure onshore that could not be removed from a piece of land we would be speaking of a fixture and, as such, ownership of that fixture would lie with the owner of the land. Might that mean that offshore we should be asking who owns the seabed? If so, the answer is far from clear. Does property law in this sense actually apply on the continental shelf? International law is not definitive. Does the fact the Crown Estate has the power to issue leases for renewable energy and carbon sequestration projects on the continental shelf indicate that it is exercising relevant property rights? If so, could it enjoy the benefits of such rights without accepting any liabilities in the same maritime zone? Even if that line of enquiry is a dead end, does it make sense to speak of liability in perpetuity in the hands of companies who may not exist next year, let alone fifty or a hundred years from now? In other words, pragmatically, should we be thinking about a different approach to liability which offers much greater certainty – perhaps along the lines of the Norwegian model which raises the possibility of liability being transferred to the state?

There is clearly much to consider – and that is before one adds in the question of liability for a plugged and abandoned well. That aspect of decommissioning is dealt with under the petroleum licensing regime and would appear to raise different questions. I look forward to discussing these issues with interested parties from industry at a Business Breakfast taking place at the University of Aberdeen this week.

This article first appeared in the Press and Journal on November 20, 2018.