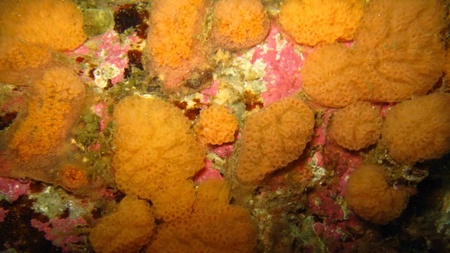 A project tasked with generating new antibiotics from microbes found in the coldest and deepest parts of the oceans has won a European communications award.

Led by the University of Aberdeen, scientists from across Europe are probing previously untapped oceanic trenches and  the Arctic and Antarctic seafloor to collect samples of mud and sediment in a bid to uncover new bacteria that can produce novel antibiotics.

The project won the Engaging Citizens category at the CommNet Impact Awards in Brussels, Belgium on December 3, and was praised for the high volume of media attention it had generated.

The project has been the subject of features by the BBC, Al Jazeera television and New Scientist, to name but a few, and has gained coverage across the globe.

This is a hugely important project and that has been reflected in the amount of public interest and media coverage it has received. " Professor Marcel Jaspars

Project leader Professor Marcel Jaspars, professor of Chemistry at the University of Aberdeen, said: “This is a hugely important project and that has been reflected in the amount of public interest and media coverage it has received. We welcome this award and look forward to having more positive results to publicise in the future.”

CommNet’s aim is to facilitate the communication of EU Bioeconomy research to the general public and to key target groups.

The CommNet awards honour projects working across the bioeconomy, that have demonstrated excellence in communicating to European citizens, policy-makers, industry or young people.