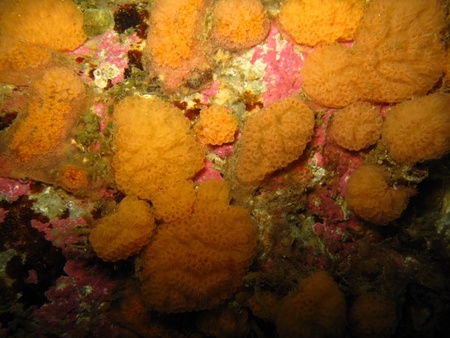 The hunt for new life-saving antibiotics is taking researchers to some of the deepest and coldest places on Earth.

Led by the University of Aberdeen, scientists from across Europe will probe previously untapped oceanic trenches in the Arctic and Antarctic to collect and screen samples of mud and sediment.

The PharmaSea project will plunge up to 8km below sea level to retrieve samples from some of the most extreme parts of the planet in a bid to uncover new bacteria that can produce novel antibiotics.

Antibiotics have saved millions of lives over the years but new drugs need to be constantly created as bacteria build up resistance, making infections difficult if not impossible to treat.

Most experts agree over reliance and inappropriate prescribing of antibiotics has led to a rapid increase in drug-resistant bugs and now medical experts fear effective antibiotics might soon run out completely, leaving no means to treat seriously ill patients in the future.

Project leader Professor Marcel Jaspars, professor of Chemistry at the University of Aberdeen, said: “If nothing’s done to combat this problem we’re going to be back to a ‘pre-antibiotic-era’ in around 10 or 20 years, where bugs and infections that are currently quite simple to treat could be fatal.

“There hasn’t been a completely new antibiotic registered since 2003. This is partially because of a lack of interest by drugs companies as antibiotics are not particularly profitable. The average person uses an antibiotic for only for a few weeks and the drug itself only has around a five to ten year lifespan – so the firms don’t see much return on their investment.

Only a handful of samples have ever been taken from deep trenches and investigated so the project is breaking new ground.

Project co-ordinator Dr. Camila Esguerra, Industrial Research Fellow and Lecturer with the Laboratory for Molecular Biodiscovery at the University of Leuven said: "PharmaSea will not only be exploring new territory at the bottom of the oceans, but also new areas in "chemical space". With our broad platform of cutting-edge experiments to detect drug-like activity, we'll be testing many unique chemical compounds from these marine samples that have literally never seen the light of day. We're quite hopeful that we'll find a number of exciting new drug leads."

Marine organisms that live at such great depths are considered to be an interesting source of study for the team as they survive under extreme conditions.

Professor Jaspars added: “In effect, trenches are separated from each other and represent islands of diversity. Since they are not connected to each other life has evolved differently in each one.”

With costs for expensive specialist underwater equipment costing upwards of £25,000 a day the team will employ strategies more commonly used in the salvage industry to carry out the sampling. Using fishing vessels the team will drop a sampler on a reel of cables to the trench bed to collect sediment. Scientists will then attempt to grow unique bacteria and fungi from the sediment which can be extracted and refined to discover new antibiotics.

The four year project is backed by £8million of EU funding and brings together 24 partners from 14 countries from industry, academia and not-for-profit organisations.

The first field tests will be carried out in the autumn in the Atacama Trench in the Eastern Pacific Ocean about 100 miles off the coast of Chile and Peru. The team will also search the Arctic waters off Norway and the Antarctic via Italian and South African partners. Deep trenches will also be accessed off New Zealand.

If all goes to plan, the results of the project could be available to treat patients within a decade.

Professor Jaspars added: “I am delighted to be leading a team of experts from all over the world to discover the next generation of antibiotics, working in totally new ways. We have considered every step of the discovery process and will strive to make it more efficient to accelerate the production of drugs to treat multiply resistant bacteria”.