University festival to explore Innovation, Architecture and Design
09 May 2016 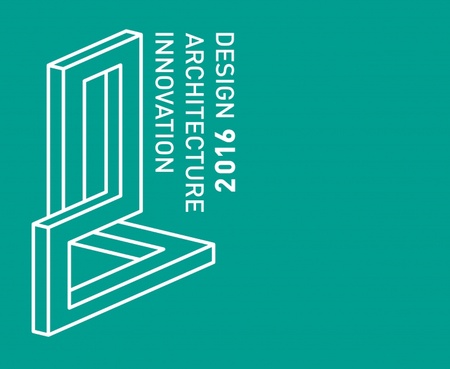 Visitors to the University of Aberdeen's May Festival will be able to explore some of the University's most iconic buildings and find out what Aberdeen's architecture could look like in years to come.

This year’s festival has received support as part of the Year of Innovation, Architecture and Design 2016 and as such has a dedicated strand of events that will explore this theme.

Among the many events taking place over the weekend of May 27-29 are tours of several of the University’s newest buildings, including the Rowett Institute of Nutrition and Health which staff only recently moved into.

The programme also features a Passive House Nursery Tour, which will give members of the public the opportunity to see round the state of the art and energy efficient Rocking Horse Nursery, the first Passive House in the sector.

On the same theme, the University is delighted to welcome esteemed founder of the Passive House concept Professor Wolfgang Feist, to the festival.

The University’s own new Nursery is the first Passive House build in the sector and Professor Wolfgang Feist will discuss his take on how buildings can be part of a sustainable future for all. A reception will follow after the event in the James Mackay Hall.

Other events under the Year of Innovation, Architecture and Design banner include ‘Engineering the Future’ where Dr Mohammed Salah-Eldin Imbabi from the School of Engineering will discuss the fascinating, cutting edge research going on that will impact on the world around us, from environmentally friendly cement and concrete to innovating energy-saving insulation to help battle climate change.

We are delighted that Scotland's current themed year is being celebrated as a key component of the 2016 May Festival. The wide-ranging programme is a great example of how both history and innovation can be combined to form a series of topical and thought-provoking tours and events." Jo Robinson

In conjunction with Aberdeen City Council, ‘The Future of Aberdeen’s Past’ will look at the future of Aberdeen’s unique architectural heritage, how it is best protected and transmitted to future generations. This panel discussion will be chaired by Colin Taylor, Lord Dean of Guild and will include Councillor John Corall, Maggie Bochel, local architect Catherine McKeown and architectural historian Bill Brogden.

Dr Kenneth Skeldon, Head of Public Engagement at the University, said: “It is fantastic to be working alongside VisitScotland on this initiative and we have pulled together a great programme of events under the Year of Innovation, Architecture and Design theme.

“The University of Aberdeen is a great example of a campus that combines its ancient roots with contemporary modern spaces, such as our fantastic Sir Duncan Rice Library and new Rowett building. I am sure visitors to the May Festival will have a brilliant time exploring through our exciting tours and events and I would like to thank VisitScotland for their support at this year’s event.”

Jo Robinson, VisitScotland Regional Director for Aberdeen City & Shire said: “With the 2016 Year of Innovation, Architecture and Design, we have the opportunity to put Scotland on the map in a new and exciting way, catching the attention of visitors old and new, positioning Scotland as a mix of traditional and cutting-edge at the same time.”

“We are delighted that Scotland’s current themed year is being celebrated as a key component of the 2016 May Festival.  The wide-ranging programme is a great example of how both history and innovation can be combined to form a series of topical and thought-provoking tours and events.”

For the full programme of events at the 2016 May Festival visit www.abdn.ac.uk/mayfestival.

2016 Year of Innovation, Architecture and Design