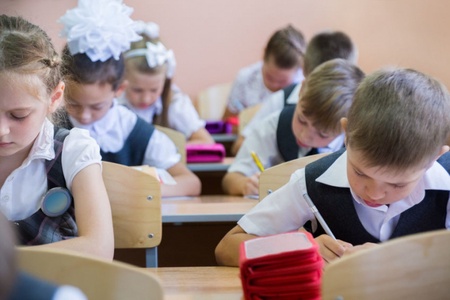 Lower levels of intelligence measured in childhood are associated with an increased risk of premature death in adulthood.

In the study, more than 2500 children completed intelligence tests at 12 years of age and the mortality rate was recorded 40 years later, when they were 52 years old.

Results showed that higher childhood intelligence predicts a lower risk for mortality.  This was the case even when other factors such as socioeconomic status were controlled for.

The team of researchers including Dr Gertraud Stadler, a Senior Researcher at the University of Aberdeen, and led by Professor Romain Martin of the University of Luxembourg, published their findings in the Journal of Research in Personality.

Health Psychologist Dr Gertraud Stadler explained: “We found that those children who scored higher on intelligence tests had a lower risk of having died when we followed them up at 52 years of age.

“It is very unusual to have such a telling outcome as mortality and our results clearly indicated that lower childhood intelligence is a potential risk factor for premature mortality in adulthood, particularly in men.

“Men at the lower end of the intelligence spectrum were at higher risk of dying prematurely than women with comparable intelligence.

Men at the lower end of the intelligence spectrum were at higher risk of dying prematurely than women with comparable intelligence." Dr Stadler

“Many of these deaths could be preventable. Previous research shows that in Europe, accidents, alcohol and suicide are the main causes of premature death, and these causes of death occur more frequently in men.

“This, along with the results of our study suggests that this group of individuals may find it more difficult to find safe jobs and integrate and engage with society, thus putting them at greater risk of premature death.

“In the future these results can help us understand this ‘at risk’ group and help develop healthcare strategies tailored to their specific needs. Specifically, we should take care to ensure that people in this group in particular are linked with healthy lifestyle interventions already early on, for example, in school so they don’t get left behind.  It is important that individuals in this at-risk group are set on a good trajectory with opportunities for social participation and employment.

“Fundamentally, it is also vital that the healthcare system adapts to this group by providing clear, understandable health information. “

The study was funded by the Fonds National de la Recherche.