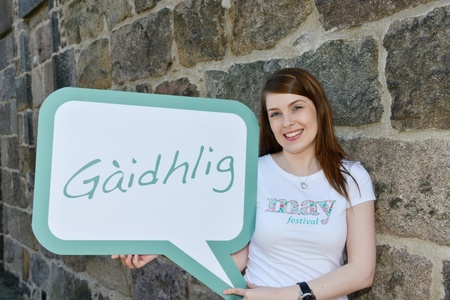 A host of Gaelic events will feature in a popular festival which will enable audiences of all ages to experience the joy and inspiration of books, music, film, science, food, history, nature, sport and more in the glorious setting of Old Aberdeen.

The programme for the 2015 May Festival has now been launched and it will once again include a celebration of Gaelic, the highlight of which will be a performance by ‘Gaelic music super group’ Dàimh.

Organised by the University of Aberdeen, the May Festival will return from May 29 to 31. In 2014 it attracted more than 9,500 visitors and this year it will encompass a greater range of topics and areas of interest than ever before.

The May Festival creates an exciting context in which to develop new hobbies and friendships, in the spirit of discovery" Dr Moray Watson

A dedicated Gaelic strand, supported by Bòrd na Gàidhlig is also included which will see Dàimh take to the stage at the Lemon Tree. Dàimh, taking their name from the Gaelic word for kinship, are celebrating 15 years since their first album, and are a long‐established favourite at folk festivals in Scotland, Ireland and across Europe, have been twice nominated for Folk Band of the Year at the Scots Traditional Music Awards, and are also regulars on BBC television.

Angus Mackenzie, ofthe band said: “Dàimh are delighted to be taking part in the 2015 University of Aberdeen's May Festival. This will be first time in a few years since the band has performed in the city and we are delighted to come back to one of our favourite venues in The Lemon Tree. It's great to see that there is such a strong element of Gaelic in the program, and hope to catch one or two things while we're about in the city.”

Dr Moray Watson, Senior Lecturer in Gaelic Language, here at the University of Aberdeen said “Gaelic is always a prominent feature within the May Festival, and before that the Word Festival, so we are very excited to offer such a rich programme of events, that will attract a diverse audience from the city and beyond. Aberdeen has two Gaelic schools and several Gaelic groups, as well as a long history of connections with the language and its culture, and so it is entirely appropriate that the May Festival offers these opportunities for local people and others to participate in Gaelic-related cultural events. While Gaelic has not been native to Aberdeenshire for many years now, there remain several hundred speakers of the language within the city, and many Aberdonians are interested in the 'other language of the North', whether they know any Gaelic or not. The May Festival creates an exciting context in which to develop new hobbies and friendships, in the spirit of discovery.”

Tickets are available at the Aberdeen Box Office and bookings can be made in person, by calling 01224 641122, or online at http://www.aberdeenperformingarts.com/events/daimh

For further information about the May Festival, booking tickets and to view the programme, visit: www.abdn.ac.uk/mayfestival