Causes of depression in spotlight with £4.7m funding boost
12 May 2014 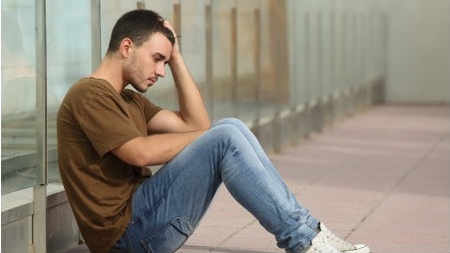 People suffering from clinical depression, and those at risk from the condition, could benefit from a major medical research initiative.

A team from the Universities of Aberdeen and Edinburgh has been awarded £4.7million from the Wellcome Trust to study the condition in new ways in the hope of developing better treatments.

Experts say that rather than being one disease, clinical depression is a collection of different disorders with one common symptom – low mood.

Over the next five years, scientists will study groups of people who have known depression risk factors. These include family history of low mood, diseases like heart disease and diabetes and early life problems such as low birth weight or childhood psychological trauma.

Researchers will then use memory, reasoning and mental speed tests as well as brain imaging to find out whether specific subgroups of patients correspond to specific disorders.

Scientists say that by studying the groups in this way, they hope to be able to identify the causes of depression and this information can be used to develop diagnostic tests and new therapies.

The study will use data from Generation Scotland – a large family-based sample of over 21,000 people - including a sub-sample of people from the Aberdeen Children of the Nineteen Fifties.

Professor Alison Murray from the University of Aberdeen’s Insitute of Medical Science will lead the institution’s contribution to the study.

Clinical depression is a chronic worldwide health problem affecting millions of people and around 13 per cent of the UK population.

Although it is a recurrent problem for many sufferers, little is known about what makes people vulnerable or resilient to the condition.

Depression first affects many in adolescence or in early adulthood and it is often a common cause of suicide.

Lead researcher Andrew McIntosh, Professor of Biological Psychiatry at the University of Edinburgh, said: “For many people, the symptom of low mood is the most understandable of reactions to loss or stress, yet we remain ignorant of its causes and mechanisms. This means that progress in discovering new and more effective treatments is slow. This Wellcome Trust grant will enable us to make significant progress with this common and disabling condition.”

Ian Deary, Director of the University of Edinburgh’s Centre for Cognitive Ageing and Cognitive Epidemiology, said, “It is good to see this support for our broadening out of the research on depression, paying closer attention to the thinking skills that alter when people are depressed, and to the brain changes that occur. Our hope is that we will be able to study enough of these factors in a large-enough group of people to start to understand depression better.”

The study – known as Stratifying Resilience and Depression Longitudinally (STRADL) – involves researchers from the University of Edinburgh’s Division of Psychiatry, Centre for Cognitive Ageing and Cognitive Epidemiology (CCACE), Institute for Genetics and Molecular Medicine (IGMM) and brain imaging facilities in Edinburgh and at the University of Aberdeen’s Biomedical Imaging Centre.