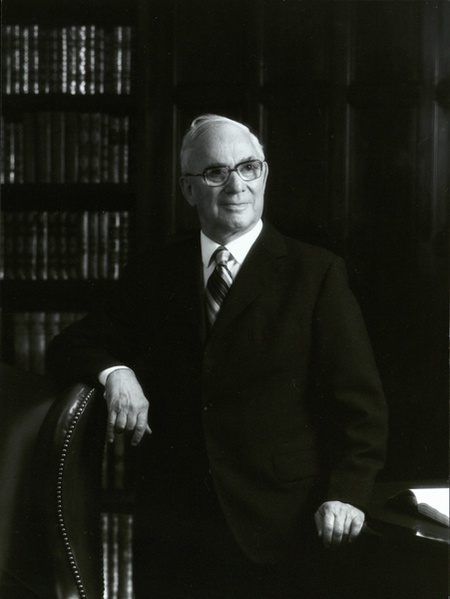 The son of a celebrated University of Aberdeen scientist who discovered enkephalins – the body’s natural painkillers – will today (September 16) help launch a new drug discovery centre named after his father.

The Kosterlitz Centre for Therapeutics – a University of Aberdeen venture to develop new drugs for key diseases – will build on the legacy of the late Hans Kosterlitz.

Son Michael Kosterlitz – together with former colleagues of his father – will attend a special event to officially open the virtual Centre which aims to translate lab discoveries into potential new therapies for conditions such as pain, neurodegenerative diseases, cancer, heart disease, infection and obesity.

Professor Michael Kosterlitz and his wife Berit are flying in from Boston especially for the launch, taking place at the Suttie Centre for Teaching and Learning in Healthcare at Foresterhill.

Professor Kosterlitz, who lived in Aberdeen until he was 16, said: “I am sure my father would be very pleased to see that the University is recognising him in this way. He was very happy to have worked in Aberdeen.”

Professor Hans Kosterlitz and his colleague Professor John Hughes were the first to show that enkephalins - morphine-like substances which affect our pain perceptions and emotions - are produced naturally in the body.

The discovery in 1975 was a landmark in pharmacology and has transformed our understanding of how and why psychoactive drugs - such as morphine, heroin and cannabis - affect our behaviour.

Their research has been pivotal to numerous medical innovations that have significantly improved the quality of life of many people with debilitating conditions.

Professor Michael Kosterlitz, a top physicist at Browns University, said of his father who led the University’s Unit for Research on Addictive Drugs: “My father’s work was an extraordinary piece of research, the sort that occurs when a person thinks outside of the box.

“I remember him talking for a number of years that there must be something more to morphine addiction. That there had to be something in the human body that caused the addiction. I don’t think anyone else thought the same way.

“He was as pleased as punch when he discovered he was right although it took a couple of years before the findings were fully accepted.”

German-born Professor Hans Kosterlitz left Berlin in 1934. He was offered jobs across Britain but chose the University of Aberdeen because the famous physiologist Professor JJR Macleod - jointly awarded the Nobel Prize for co-discovering insulin – was working here at the time.

Professor Michael Kosterlitz - educated at Robert Gordon College in Aberdeen and Edinburgh Academy before studying at Cambridge - had no wish to follow in the footsteps of his father who at one point was the second most cited biological scientist in the world.

“Although medicine sounded attractive for a while, I was more interested in physics and maths. If I had stayed in medicine I would have constantly been compared to my father,” he said.

Dr Lees, a retired pharmacologist, said:  “Professor Hans Kosterlitz and I knew each other very well and were good friends until he died in 1996 at the age of 93.

“He worked hard and played hard and enjoyed good food and wine. Although he was dedicated, he was not single-minded. He was one of those rare people who was interested in what others, especially young investigators, were doing and who respected their endeavours.

“Because he felt it absolutely essential to know what was going on in other fields, Professor Kosterlitz’s knowledge and understanding of the scientific literature was quite exceptional.

“I believe his biggest contribution was to bring a new way of thinking which opened up a whole lot of different lines of enquiry in neuroscience. The legacy of his work is continuing to grow and flourish and I am glad to see it remembered with the new Kosterlitz Centre.”

The Kosterlitz Centre will beofficially launched tonight with a lecture which starts at 5.30pm and takes place at the Suttie Centre and is free and open to all.

The speakers are Professor Les Iversen, University of Oxford, who will give a talk entitled Can We Control ‘Legal’ Highs? and Professor Alan North, a former colleague of Kosterlitz, will discuss The Life and Times of Hans Kosterlitz.

The Kosterlitz launch event is part of Techfest In September which is principally funded by BP and Shell.

For more about the Centre see: http://www.abdn.ac.uk/kosterlitz/