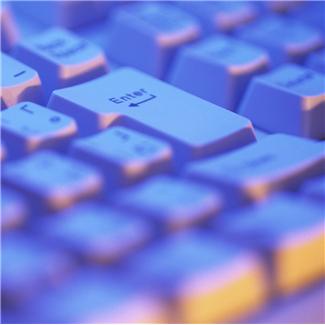 The way the internet has transformed society and how it could develop in the future, will be discussed at a free event in Aberdeen this week.

Web scientist Professor David De Roure from the University of Southampton - whose studies focus on the evolution of the web - will give a talk at Waterstone’s Union Bridge branch on Wednesday (June 16).

The event, which begins at 7pm, is the latest in the University’s Café Scientifiqueseries, which brings debate and discussion around the latest topics in science to the public.

Professor De Roure will outline how what began as an innovative way of linking documents has now become the most prevalent way of linking people together.

He will share glimpses of what the future of how we use the web could look like, and discuss some of the factors which could shape the way we use the internet in the years ahead.

Professor De Roure is a champion for the Web Science Trust, which brings academics, business leaders, entrepreneurs and policy makers from around the world together to foster research into the World Wide Web, and look at issues and challenges that will impact on its future use and design.

His current research activities include a social website for scientists and a major project analysing music on the web.

His talk is the first in the new Café Scientifique series which will shine a spotlight on scientific topics, including the prospect of global rising sea levels and the history of the drug Thalidomide, at Waterstone’s monthly through to October.

Dr Ken Skeldon from the University of Aberdeen’s Public Engagement with Science Unit who spearheads the series said: “The aim of Café Scientifique is to provide the public with the chance to gain real insights from leading lights in the world of science and engage in discussion and debate.

“We are very fortunate to have Professor De Roure – a prominent UK figure in the study of the World Wide Web – in Aberdeen to speak to a public audience on how the web has evolved and the influences and factors which could shape its use in the future.”

Booking is not required for the event which is free to attend and open to all.

For information on all of the events taking place as part of the Café Scientifique series visit: www.abdn.ac.uk/science/cafescience/ or contact Dr Ken Skeldon Head of the University of Aberdeen’s Public Engagement with Science Unit by email at k.skeldon@abdn.ac.uk .

Café Scientifiqueis supported by a science engagement grant from the Scottish Government.