Diabetes under the spotlight
10 February 2010 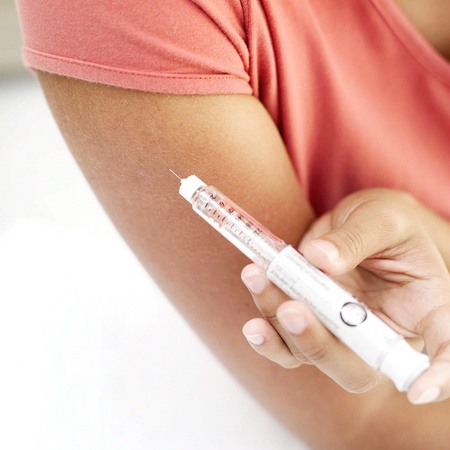 Latest research into a disease that affects more than 4% of the Scots population and the treatments currently used to treat it come under the spotlight next week.

Diabetes is the focus of the second in the new Café Med series organised by the University of Aberdeen’s public engagement team.

The Café Med events are free public talks which allow the public to hear firsthand from scientists and clinicians involved in a range of common medical conditions.

Professor Kevin Docherty, a diabetes researcher at the University, and Dr Ken McHardy, consultant diabetologist at NHS Grampian, are giving this latest talk which takes place between 6pm and 8pm at the University’s Suttie Centre this Monday (February 15).

Type 2 diabetes increases with age, body weight and physical inactivity. The 2008 Scottish Diabetes Survey indicates that five out of six people with diabetes is overweight or obese and the prevalence of the condition at age 75 is one in nine women and one in six men.

Dr McHardy’s talk will begin with an explanation of the size and description of the problem of diabetes, which requires lifestyle management.

He said: “A general theme throughout my talk will look at the difficult realities of encouraging people to make good health choices and of managing the expectations of patients, public and professionals in relation to a chronic condition where engagement in self-management plays such a major part.”

Professor Docherty’s talk will look at current treatment and care for people with diabetes and also discuss the major recent scientific breakthroughs which may impact on the development of new therapeutic approaches to the disease.

Professor Docherty added: “My talk will give an insight into the scientific breakthroughs that have underpinned current therapies. These include the discovery of insulin in 1921 and the cloning of the insulin gene in 1980 which led to the widespread use of human insulin and the development of modified forms of insulin that can better control the disease.

“My presentation will also describe the massive increase in knowledge that has come about in the last decade or so through the sequencing of the human genome.”

The talk - which includes a question and answer session - is open to all. Anyone interested in attending should just head along to the Suttie Centre’s café.

For more information about the Café Med and other Café Scientifique talks organised by the University see: http://www.abdn.ac.uk/science/cafescience/

The Café Med sessions – like all the Café Scientifique events - are supported by a science engagement grant from the Scottish Government.