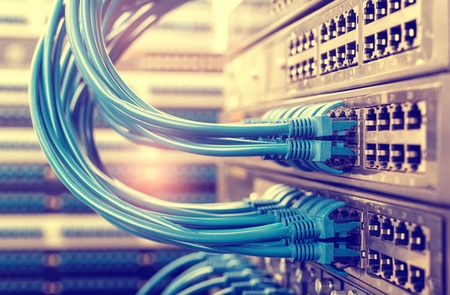 Government should prioritise delivering superfast broadband to the 'final few' in rural communities across the UK or risk leaving them behind, according to a study by academics at the University of Aberdeen.

They have called for ‘digital future-proofing’ by Government to ensure that the substantial minority of the UK population who struggle with very slow Internet speeds and unreliable connectivity are not cast adrift as the rest of the country gets ‘faster, faster’.

Their research is based on detailed postcode-level data published by the telecommunications regulator, Ofcom, which highlights vast areas of the country with average broadband speeds of less than 2.2Mbps, where it would take around an hour to download 900MB of data.

While the UK Government has proposed a broadband Universal Services Obligation (USO) to ensure an acceptable minimum level of Internet functionality for all, academics say the move to ‘digital by default’ - with public services being moved to online-only delivery - means that many homes and businesses without an adequate connection risk being excluded from access to services in future.

Dr Lorna Philip, from the University’s Department of Geography and Environment, co-authored the study.

She said: “The urban-rural digital divide is a fact of life for the final few in rural communities who can only access an Internet connection little faster than dial-up broadband, and who often live in areas where mobile Internet coverage is poor or non-existent.

“Part of the issue is that there is a fixation on improving speed for the majority rather than improving universal coverage, but we need to stop focusing on speed and allow areas that have been left behind the opportunity to catch up or risk excluding them altogether.

“Without continued commitment by public bodies to invest in digital infrastructure and policy mechanisms to support alternatives to fixed broadband connections, the hardest to reach areas are going to fall further behind in terms of connectivity and speed.”

While the study acknowledges the role of alternative models of delivery in promoting coverage - for example community broadband initiatives and satellite broadband – economic and geographic challenges mean they should not be relied upon to deliver a future-proofed digital connectivity solution.

Some of the problems caused by poor connectivity are highlighted in a series of case studies which form part of the study team’s research.  Dr Caitlin Cottrill, another of the paper’s co-authors, warned that these issues will only grow more acute without effective policy action.

She said: “The move towards ‘digital by default’ means that more important activity will have to be done on the Internet, but if you’re in a remote area with poor digital connectivity this can have a detrimental impact, for example for farmers who need to submit animal registrations or single farm payment applications online, or school pupils who are disadvantaged because they cannot easily access online learning resources to complete their homework.”

Dr Philip added: “These issues speak to wider challenges about what we want from our countryside in the digital age, because there are people who are at risk of being left behind with potentially profound consequences for the rural economy, including depopulation.

“Our paper suggests that digital communications policy and regulation would benefit from digital future proofing, to ensure that any public sector market interventions in broadband infrastructure developments effectively address the digital divide.”

The full paper, published in the Journal of Rural Studies, is available here http://www.sciencedirect.com/science/article/pii/S0743016716306799

While fixed broadband speeds for the majority have improved in recent years - the average download speed in the UK reached 37Mbps in 2016 - 1.4 million UK premises cannot achieve download speeds of more than 10Mbps.  Approximately 1 per cent of premises in the UK, mostly in remote rural areas, still have average speeds of less than 2Mbps.

The study builds on previous research undertaken by the same authors at the University’s dot.rural RCUK Digital Economy Research Hub, which highlighted the extent of the gap in Internet access between rural and urban areas, with many remote rural areas identified as faring badly https://www.abdn.ac.uk/news/8127/