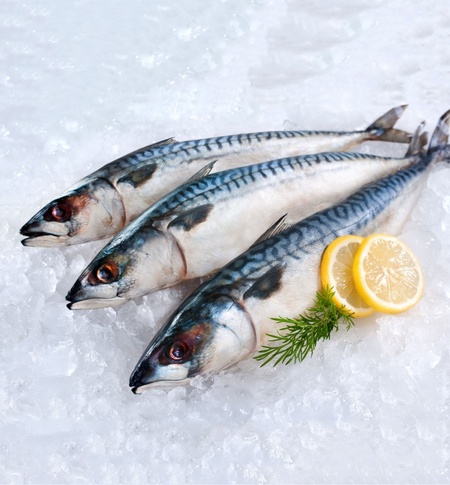 Scientists from the University of Aberdeen Rowett Institute are investigating whether eating mackerel could improve the health of South Asian diabetics.

Fish is healthy and nutritious owing to its high levels of omega 3 fatty acids and other key nutrients such as vitamin D, selenium and iodine, and eating fish has been shown to benefit glucose control and heart health.

Several studies have found that Asian people, especially those with type 2 diabetes, have lower levels of omega-3 fatty acids in their body compared with Asian people without diabetes. People of South Asian ethnicity are known to have a greater risk of diabetes compared to other ethnic groups. Therefore, the health benefits of eating fish, especially oily fish which have high levels of omega-3, may be particularly relevant for this group of people.

The team from the Rowett Institute will investigate the link between oily fish consumption, body glucose control and heart health in South Asian people with diabetes that is only controlled by diet and lifestyle. They are also looking for South Asian people without diabetes so that they can compare baseline levels of omega-3 fatty acids and body glucose control between both groups.

In order to carry out their study, the scientists require around 300 volunteers – however, those who take part will be able to do so from the comfort of their own home, and can be based anywhere in the UK.

The team are looking for 300 South Asian men and women aged 25-65, with diabetes controlled by diet and lifestyle. They are also looking for 30 non-diabetic South Asian people. Those with chronic health problems, such as heart disease or cancer, or anyone taking regular prescription medicine or nutritional supplements are unable to take part in the study.

Khairun Sumali, who is working on the study, said: "We want to make sure that taking part in the study is as easy as possible. Therefore we have designed the project in such a way that participants can take part from home.

We want to make sure that taking part in the study is as easy as possible. Therefore we have designed the project in such a way that participants can take part from home." Khairun Sumali

"Half of the diabetic participants will be asked to eat two tins of mackerel a week, replacing a red meat or poultry dish in their diet. The mackerel will be supplied by International Fish Canners (Scotland) Ltd from Fraserburgh, who are the only manufacturer of canned fish in the UK. We will also provide participants with a mackerel recipe book so they don't run out of tasty ways to enjoy the mackerel!”

Everyone who takes part in the study will receive a summary report on levels of omega-3 fatty acids and vitamin D in their blood, the healthiness of their habitual diet as well as an assessment of how well their diabetes is being controlled.

For more information, or to volunteer to take part in the study, visit the project webpage or contact Khairun Sumali on 01224 438689.