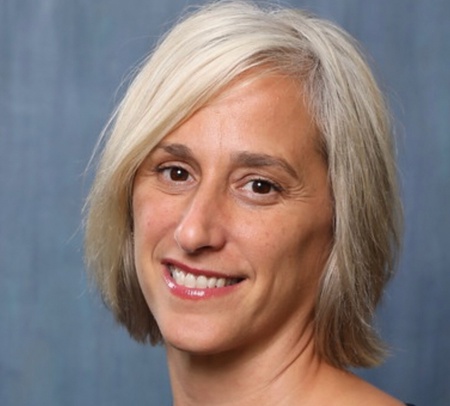 I look forward to telling you more about my work later this spring. In the meantime, let me share some of my first impressions of my experience so far. My time in the U.K. began at the University of Southampton, where the U.K. Fulbright Commission held a week-long orientation for all Fulbright teacher, scholars and students in the U.K. The week was an opportunity to get to know each other, and also learn a bit about underwater exploring from the experts at the Southampton National Oceanography Centre. A real highlight of the orientation week was a visit to Portsmouth to tour the H.M.S. Victory for a hands-on history lesson in British naval power.

I feel like my time here really began, though, on the train ride from London to Aberdeen. I have lived in the U.K. before, but had never come this far north. The coastal scenery from Edinburgh onward was stunning, and such a treat for a land-locked Athenian. I’ve enjoyed exploring the city, and taking a quick trip to Edinburgh to attend a Brexit event sponsored by the Centre on Constitutional Change. My new colleagues on the law faculty have been very welcoming, from helping me get settled in my new flat to introducing me to a walking club which I am eager to join.

I have several events planned, both personally and professionally. I’ll be giving a research seminar at the law school on February 27, and have additional talks planned in March at the University of Southampton Centre for Law, Policy and Society, and Birmingham City University. I also am deeply honored to have been chosen to present the Fulbright Scholar Gresham Lecture at Gresham College in London in April. On the lighter side, I have a trip planned to the Shetland Islands, and of course am looking forward to getting to know Aberdeen better in the coming months.

I am located in the Visiting Scholars office in room C46 of the Taylor Building. I am always happy to talk about my project, or about election law or U.S. constitutional law more generally, with anyone who is interested. It is an exciting time to be working in these areas - so many things are happening! - and a great time to be able to do comparative work in this critically important area. So please feel free to stop by and say hello.