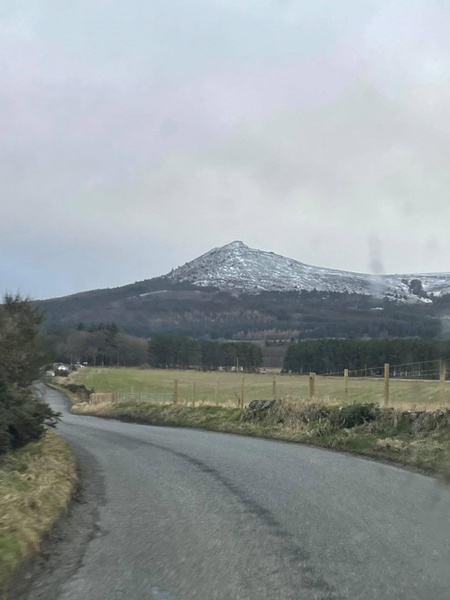 This is the second of our two part blog looking at places to visit outside the city of Aberdeen. When travel restrictions have lifted, we hope you have a chance to visit some of these lovely spots!

Just 52 minutes from Aberdeen you can reach an authentic whisky distillery. You may even see your pals as the distillery has a history of employing whisky-loving University of Aberdeen students as tour guides. Guided tours take place daily and it has just been renovated with brand new whisky drums.

While you’re in Oldmeldrum this quiet village has many other features to explore.

It is possible to do a whisky tour that includes Meldrum House, which has a popular whisky cave-bar with more than 300 malts. The famous former Aberdeen and Manchester United football Manager, Alex Ferguson, keeps a malt whisky bottle there. The renowned Highland Coos are resident at Meldrum House and are beautifully complemented by the adjacent lakes, with swans gliding effortlessly in front of fountains. The baronial country house, from the 13th century, is set before a championship golf course. If golf tickles your fancy it is a good alternative to the Trump International Course.

On the Oldmeldrum bypass there is a walk to a viewpoint. The walk is framed by wild flowers of various and numerous hues. Historically, this path was the old road to Aberdeen and was used by royalty many centuries ago. At the pinnacle of the viewpoint there is a rainbow seat to rival the Bon Accord stairs in Aberdeen, a quirky time capsule to be opened in 2100, and a labelled plan of the hills displayed in full splendour below the viewpoint. Bennachie is the clear focal point (another great day trip) but an oddity is that Morven is taller than Bennachie but is smaller! This mystery is solved in that the hill is further away, making it appear smaller.

Deviating from South Road in Oldmeldrum a stone archway opens up into a magical fairy and painted stone garden. All through the park tiny fairies hide and their homes and doorways can be spotted high in the trees or down among the blades of grass. In summer there are glorious roses and flower patches tended to by school students, with benches looking out on Bennachie.

Sit where Robert the Bruce once sat! Oldmeldrum has a historically significant hill with the Battle of Barra being fought here. Across the road on the bypass a seat-shaped rock has been relocated from the top of the hill to the bypass path, which Robert the Bruce reportedly sat on during the Battle of Barra. The hill also has the remains of a fort wall.

A 15-minute walk from Barra Hill is the famous Barra Berries café, famous for its berries and berry ice cream. A refreshing desert after the walk up the hill!

New Slains Castle inspired Bram Stoker’s Dracula! There are lovely coastline views and sprawling ruins to explore. A few of the towers can be climbed and, in the daytime, it is a splendid place for a picnic, and offers photography opportunities to capture sea birds. Imagining the castle in its past glory is not difficult.  At night, the darkness creates a spooky but enthralling atmosphere, and imagining vampires just around the corner does not require much of a stretch of the imagination. Following a coastal walk from New Slains Castle to the Bullers of Buchan is an idyllic puffin watching spot from April to August.

As there is a New Slains Castle it is no surprise there is an Old Slains Castle. It is most easily accessed by car and is 20 minutes from New Slains. It is a little less intact than New Slains because it was blown up by King James VI. It is nevertheless a striking feature.

Getting to Bennachie is most easily accessed by car. However, if public transport is used, Bennachie is best accessed through the Back o’Bennachie car park. There are three peaks, the Oxen Craig, the Little Craig and Mither Tap, along with the remnants of a 19th century quarry on the Oxen Craig. Beware all four seasons can be experienced in Scotland in one day, and this is never more true than when climbing Bennachie, where it can be sweltering going up, 70mph winds at the top and hail on the descent! Usually it is quite mild… if you are lucky!