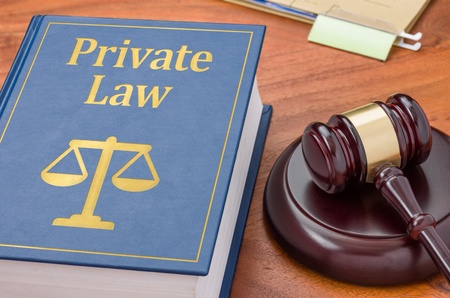 Dr Péter Cserne presents the fifth contribution to the Centre for Commercial Law (CCL)’s blog series on “Seeing Commercial Law from Different Perspectives.” This series was launched to celebrate the University of Aberdeen’s 525 anniversary and to showcase CCL members thought-provoking standpoints on researching, teaching, or practising commercial law. Péter joined the University of Aberdeen as a Reader in Law in June 2020. His research specialisms include Comparative Law, Intellectual History, Jurisprudence, Sociology of Law and Private Law. He is the founder and convenor of MetaLawEcon, an international academic network for research on the foundations of Law and Economics.

“Should contract law enforce promises or should it favour the weak, poor and precarious? Is tort law litigation an effective means to combat climate change? What at first sight looks like practical problems, reveals theoretical disagreements about the nature of private law. Private law is both an old-timer and an empty shell. Amid social and technological dynamism, its doctrinal techniques have remained largely unchanged since Roman times. The technique of civil liability suggest that private law is transactional: it is concerned with corrective justice and interpersonal accountability. Yet private law solves societal problems: it provides the infrastructure of economic exchange and social cooperation. Governments occasionally reform it in light of external goals such as distributive justice or welfare maximisation. Legal theorists fundamentally disagree about the nature of private law. When we ask, “What is private law theory a theory of?”, “What do private law theories want to achieve?”, or “What are the criteria of theoretic success?”, we understand the source of the disagreement better, but they persist. They are simply expressed in dichotomies such as -

Doctrinal legal scholars respond to this profusion with resignation, calling theorising futile. Yet theorists insist and explore meta-theoretical strategies to integrate these accounts: ordering them in a lexicographic hierarchy, suggesting a “balancing” exercise or correcting the primary theory on the margins. Still others suggest that private law has no inherent function or nature: it is for democratic deliberation to decide what it is for.”

The next contribution to this series by Professor John Paterson is titled “Different Perspectives on Corporate Governance.”