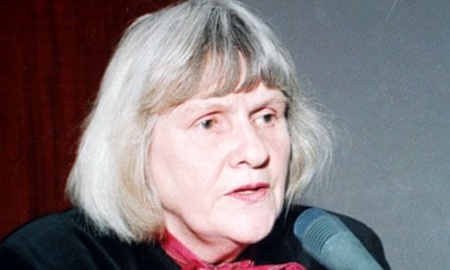 On International Women’s Day, we look back at some of the most significant achievements of females throughout the history of our School of Law, and the changing landscape over the decades.

Early Graduates of our School

To build a picture of her year of graduation, in 1921 David Lloyd George was Prime Minister, the last ever of the Liberal Party, Albert Einstein won a Nobel Prize in Physics for his work on the photoelectric effect (the basis for photosynthesis), Guccio Gucci founded his brand of fashion and leather goods in Florence, Italy, and the average price of a house in Scotland was a mere £320!

Two other females graduated around the same time but did not go on to practise law.  Gladys Mitchellachieved an LL.B with distinction in 1921 and became HM Inspector of Factories, holding posts around the UK until retirement.

Margaret Mackenzie graduated with a Bachelor of Law (B.L.) at the same ceremony as Elizabeth Barnett and achieved an LL.B with distinction in 1922. She went on to become an English teacher in Aberdeen and Golspie.

Another graduate of the University of Aberdeen (not of Law but of Maths and Natural Philosophy in 1909) was Edith Morrison who became a barrister in 1923.  Whilst at university she was vice-president of the Woman Suffrage Association.

The next was Patricia W. Birnie, B.A. (Oxon.) who held a part-time assistant post in 1964-65. She also taught at Edinburgh where she gained a PhD and taught in London School of Economics, spending the final years of her career at the International Maritime Institute in Malta.  She worked on the law of the sea with particular interest in regulation of whaling.

Where we are today

Many of you will recognise Professor Margaret Ross.  Margaret herself was our first female Law Professor and she went on to become the first female Head of School from 2008 to 2011.  Another step up followed when she held Vice Principal roles through until 2018.  It is wonderful to see such an inspiring female role model move up through the university – but we are also delighted to now have her back teaching in our School!

Now in 2020, almost a century later, many things have changed and moved on, from the political landscape, to new scientific discoveries, to the global growth of brands like Gucci - and our School of Law is no different. The gender profile of the School has transformed from Elizabeth Barnett’s day. We now have a higher proportion of female students than males across our taught degrees (64% Undergraduate and 60% Postgraduate), and an equal split of male and female Research students.

Nowadays we also have a balance of women employees across support and academic roles (28 females to 27 males).  Over the years our female staff have truly made outstanding progress – they have grown in number, enhanced their status and increased their earning potential – just as well to keep up with today’s house prices!

Concluding Remarks - Thank you to Professor Margaret Ross for providing the information on our early female staff and students.