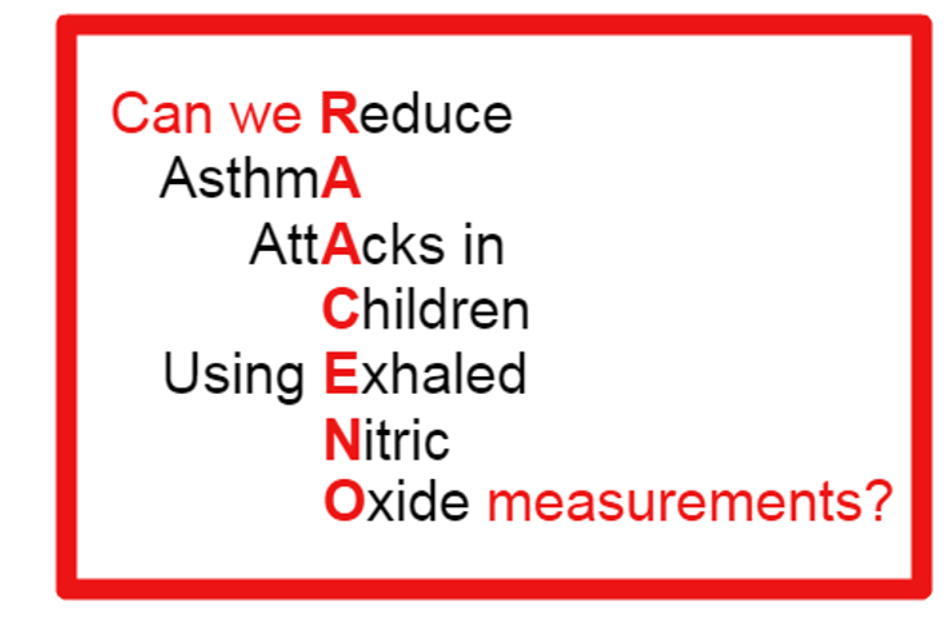 The focus of this study was childhood asthma exacerbations, which are common, potentially life-threatening and are a considerable financial burden to healthcare systems. Annually in the UK 150,000 children see their family doctor for an asthma exacerbation and 25,000 are hospitalised.

Previous studies have suggested that Fractional exhaled Nitric Oxide (FeNO) may be a useful biomarker to guide asthma treatment to help reduce the number of children who have an asthma exacerbation.

Five hundred and nine children were recruited to the study.  There was no difference in the proportion of children who had an asthma attack in the “FeNO and symptoms” group compared to the “symptoms only” group.  There were no differences between the groups in secondary outcomes.  The economic evaluation did not provide evidence to support the cost-effectiveness of the intervention. In the qualitative process evaluation, 15 trial staff and six families were interviewed.  Overall, their experiences were positive.  The intervention was broadly acceptable, with caveats around clinicians using the algorithm recommendation as a guide, and wariness around extreme step ups/downs in treatment in light of contextual factors not taken into account by the algorithm.

RAACENO was led by Professor Steve Turner based at NHS Grampian.

The results have been published in The Lancet Respiratory Medicine https://www.thelancet.com/journals/lanres/article/PIIS2213-2600(21)00486-0/fulltext

The results have also been published in Efficacy and Mechanism Evaluation https://doi.org/10.3310/AWOI5587

The qualitative process evaluation has been published in PLOS ONE https://journals.plos.org/plosone/article?id=10.1371/journal.pone.0280086