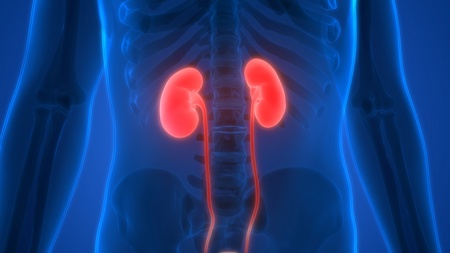 Sodium bicarbonate for older patients with chronic kidney disease and mild acidosis - is it value for money?

Chronic kidney disease (CKD) is a health condition where the kidneys are not working as well as they should. It is more common in older people. It affects about 2% of those aged 70 years and above. The kidneys remove wastes, excessive acids, salt, water and minerals from our blood and get rid of them through urine. Healthy kidneys are important for healthy blood and for our health in general.

As kidney function gets worse, acidosis occurs when excessive acids start to build up in the blood. Acidosis can lead to a range of health problems. These can include weaker muscles and bones, worse blood vessel health, and kidney disease get worse more rapidly. Muscle weakness is a concern in older people as it increases falls, disability, poorer quality of life and earlier death.

Sodium bicarbonate as the treatment for acidosis

We did a study using sodium bicarbonate – the BiCARB study

The National Institute for Health Research (NIHR), through the Health Technology Assessment Programme, commissioned the BiCARB study to test the clinical and cost-effectiveness evidence of oral sodium bicarbonate for treating older CKD patients with mild acidosis. A total of 300 people aged at least 60 years with CKD and mild acidosis were involved in the study. For up to two years, half of these people received sodium bicarbonate capsules and half received dummy capsules. We did a cost-effectiveness analysis to compare the costs and health outcomes between the two treatment groups.

What did we find?

What does this mean for NHS practice and policy?

Although sodium bicarbonate has been used widely for decades, the evidence from the BiCARB study and other existing studies is not strong enough to support its routine use for treating acidosis in older CKD patients. A number of studies testing the effect of bicarbonate are in progress. Once these trials are completed, it will be important to combine their findings and draw firmer conclusions on whether sodium bicarbonate should be used to treat mild acidosis in older patients with CKD.

There are more details of the BiCARB study in these publications:

Many thanks to Dr Huey Chong of HERU for her work in developing this Blog post.