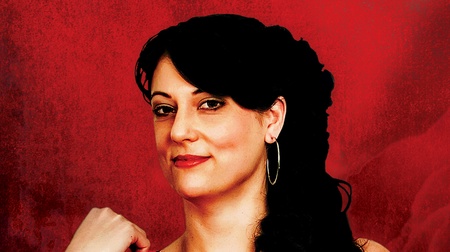 Scottish Opera brings you beautiful gypsies, obsession, bullfighters and some of the liveliest rhythms in opera.... it can only be Bizet's Carmen. (Special £5 deal for people under age 26)

The stakes are high for Carmen. An outspoken gypsy with a beautiful face and a fiery temper, she sets her sights on soldier Don Jose. As their relationship disintegrates and she leaves him for another, he sets out to prove his love. But Carmen has seen the future in her tarot cards and it isn't a happy one....

Bizet's boldly seductive opera has been one of the world's favourites for over a century. Directed by Ashley Dean, director of Opera Highlights 2009, this new production is set in 1960s Spain, a country firmly entrenched in General Franco's right-wing regime.

Visiting 22 diverse venues around Scotland (including the University of Aberdeen's, Elphinstone Hall) the production features both piano and chamber orchestra-accompanied performances, with The Orchestra of Scottish Opera. Annie Gill and Scottish Opera Emerging Artist Rebecca Afonwy-Jones share the title role, along with a superb cast of singers including Nicholas Ransley (Cindarella, 2007) as Don Jose, and Michel de Souza (Scottish Opera Emerging Artist) as Escamillo.