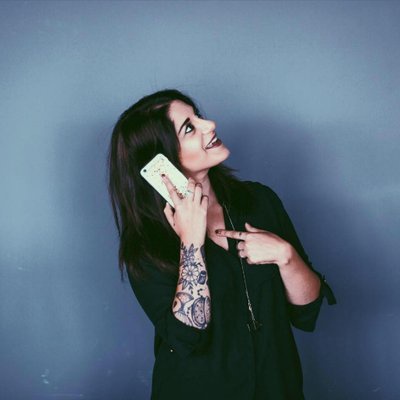 From Aberdeen to Berlin - via London and LA - Katy Campbell has managed to fit a lot into her career in the eight years since she graduated from the University of Aberdeen.

Now Head of Brand and Communications at APX Axel Springer Porsche GmbH - an early-stage venture capital programme for digital start-ups - Katy also works as a mentor for a range of organisations and has recently co-founded Challenging Challenges, a mental health awareness platform.

It’s a hectic schedule, but one that befits someone whose journey from Aberdeen to Europe has involved several crossroads.

Born in London and raised in Edinburgh, Katy was art and opinion editor of the Gaudie during her time as an English Literature student, setting her up for a career in journalism before she fell into public relations.

Picking up the story, Katy explains: “I first started working at The BIG Partnership in Aberdeen then worked in London for a while, before being offered a job for the Minister of Energy.

“I was super young and had a big career and a great life in London ahead of me, and I panicked – it seemed like I hadn't had time to find out who I was, and what I wanted to become. So I turned down the offer, quit my job and travelled around Europe.

“I eventually moved to LA where I started to write movies for a small production company, but after writing half a movie I realised this wasn't what I wanted to do, and I really missed public relations.

“I didn't want to go back to the UK so I thought about Berlin. I decided that I'd go there while I waited for a Visa for a job I’d been offered in New York, but that was six years ago and I'm still in Berlin!”

Overcoming her own mental health issues provided Katy with the inspiration to help set up Challenging Challenges, which among other initiatives is currently developing an app for employees, students and leaders to be able to self-reflect and boost their mood.

With mental health predicted to become the biggest killer worldwide by 2030, Katy is determined to play her part in reversing the trend.  Her ambition to “help people be the best they can be” is also at the heart of her mentoring activities, where she works with several business accelerators to support female entrepreneurs.

“I believe that we should all be giving back, and mentoring is one way that I do this,” she says.

“I work with programmes that support incredible female founders. In 2018, only 3 per cent of venture capital funds were allocated to female founders even though studies have shown that female-led or mixed-led teams are actually more profitable.

Reflecting on her journey from Aberdeen to Europe, Katy says: “Being at the University really gave me the chance to start my journey of figuring out who I was.

“I made incredible friends that I am still close with, and I’m always proud to say I studied there.  I loved the University, and I loved Aberdeen - I can say wholeheartedly that it formed part of who I am today.”